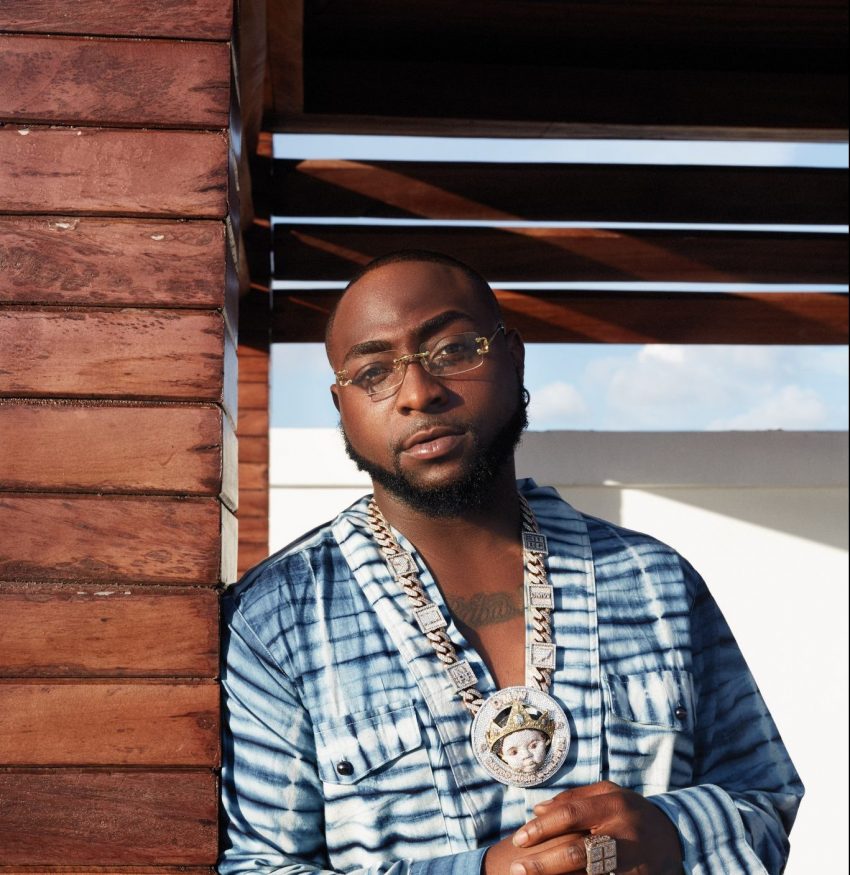 According to the “E-choke” campaigner, they all deserve hellfire.

Davido stated this while reacting to the reports that clergyman, Fr Mbaka, had gone missing days after he criticized President Buhari.

”God how did it get to this man !!! Any body supporting this government suppose go hell fire Walai …. it’s not even ridiculous no more it’s disgusting and evil !!!!” he wrote. 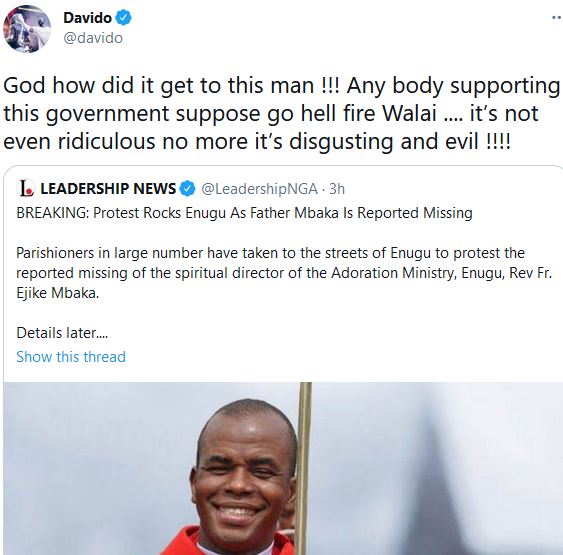 However, Mbaka – The Spiritual Director of Adoration Ministry – later resurfaced in Enugu on Wednesday as jubilation rends the air.

The clergyman has been in the news after he asked President Muhammadu Buhari to resign.

His reaction was birthed by a revelation by the presidency that he was attacking Buhari because he was refused contracts.