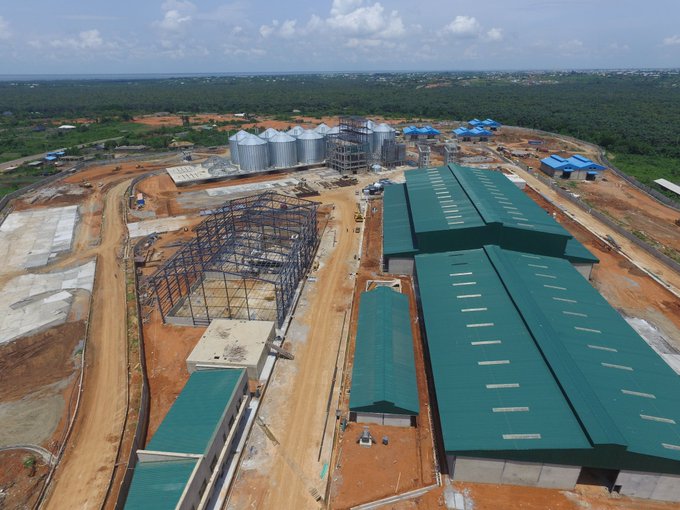 Lagos State Government on Thursday disclosed that about N20 billion has so far been spent on its mega Imota Rice Mill, in Imota area of the State.

Commissioner for Agriculture, Bisola Olusanya disclosed this at a ministerial press conference on Thursday in Alausa, Ikeja.

The multi-billion Naira mill is a 32 Metric-Ton-per hour Rice Mill and will be the third largest in the world on completion.

The Mill, when operational, would ensure a steady supply of about 2.4 million freshly processed 50kg bags of rice per annum, in addition to over 250,000 jobs that would be created in both the upstream and downstream sectors of the Rice Value Chain.

However, speaking at the news conference, Olusanya said the initial budget for the Rice Mill was N25 billion,  but that with the rise in exchange rate, the figure has gone up.

“So far, from inception, about N20 billion has been spent on the Imota Rice Mill. The mill is the first of its kind in Nigeria, it is on a class of its own. It is the third largest mill in the world,” she said.

Olusanya said Lagos was putting everything in place because it wanted to have the best mill in the world.

She added that on completion, the state government would not be getting processed rice from Kebbi, but would rather get paddy rice from the state to be processed at the Imota Rice Mill.

Olusanya also said the COVID-19 pandemic and flooding in the north, especially in Kebbi affected the distribution of LAKE Rice late 2020 and 2021.

According to her, the state government had not cancelled its partnership with Kebbi State on LAKE Rice.

“On Lake rice, the partnership has shifted from processing of rice to shipment of paddy. So that we can beat down prices. Partnership between states should not be tenured, the partnership should be enduring,” the Commissioner added.

The commissioner also disclosed that the ministry had grown its first quarter of 2021 Internally Generated Revenue, IGR by 127 percent which translated to N128 million.

She said this was higher than what was generated in the first quarter of 2020, which stood at N58 million.

Also, Olusanya disclosed that the ministry trained 12,574 youth and women in various areas of Agriculture in the last one year, as well as linked 5,792 farmers with the Central Bank of Nigeria (CBN) loan.

She also revealed that 18 illegal slaughter slabs were dislodged across the State in the last one year, while 19,207 youths and women were empowered.

Olusanya further disclosed that over 600,000 families in Lagos received food palliatives from the state government during the 2020 COVID-19 lockdown in the state.

The commissioner added that the government had resuscitated food production facilities at Songhai and Araga to increase food production which would produce 100,000 jobs both directly and indirectly