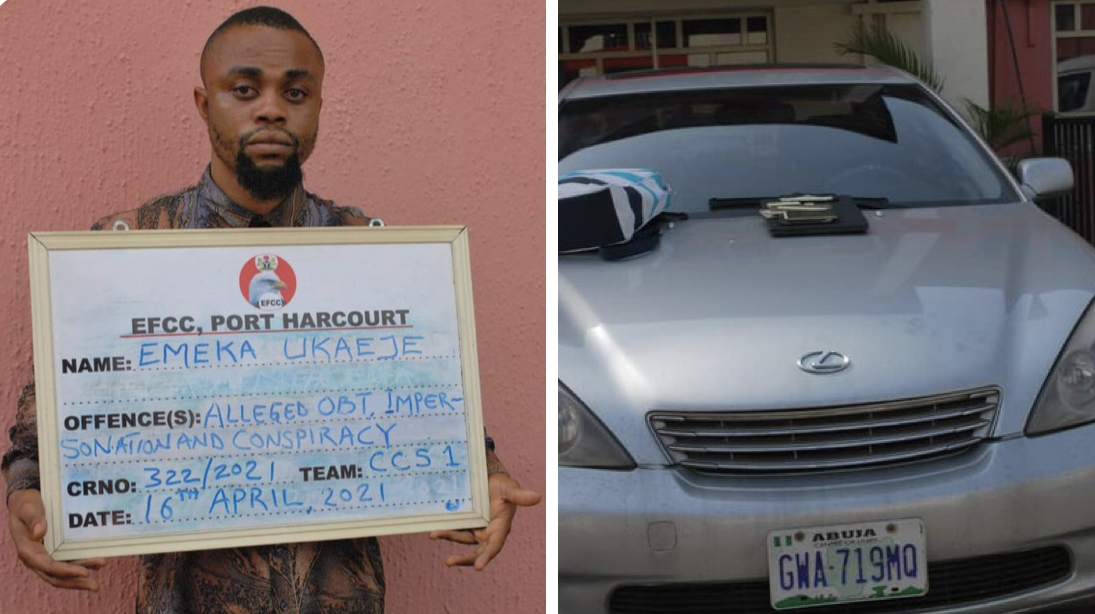 Ukaeje John Emeka, the leader of a syndicate selling and buying human organs for trafficking to foreigners has been arrested by operatives of the Economic and Financial Crimes Commission, EFCC.

According to the anti-graft agency, the suspect was arrested based on established intelligence on his suspicious fraudulent internet dealings.

The suspect was said to be leading a syndicate of fraudsters falsely presenting themselves as medical doctors, with a human organ bank, particularly kidneys for sale and purchase.

“Victims of the syndicate include people with renal disease and even healthy people desirous of selling their organs in Nigeria; India; Pakistan; Indonesia and United Arab Emirate,” the commission said.

However, the commission said it is on the trail of other members of the syndicate within and outside Nigeria.