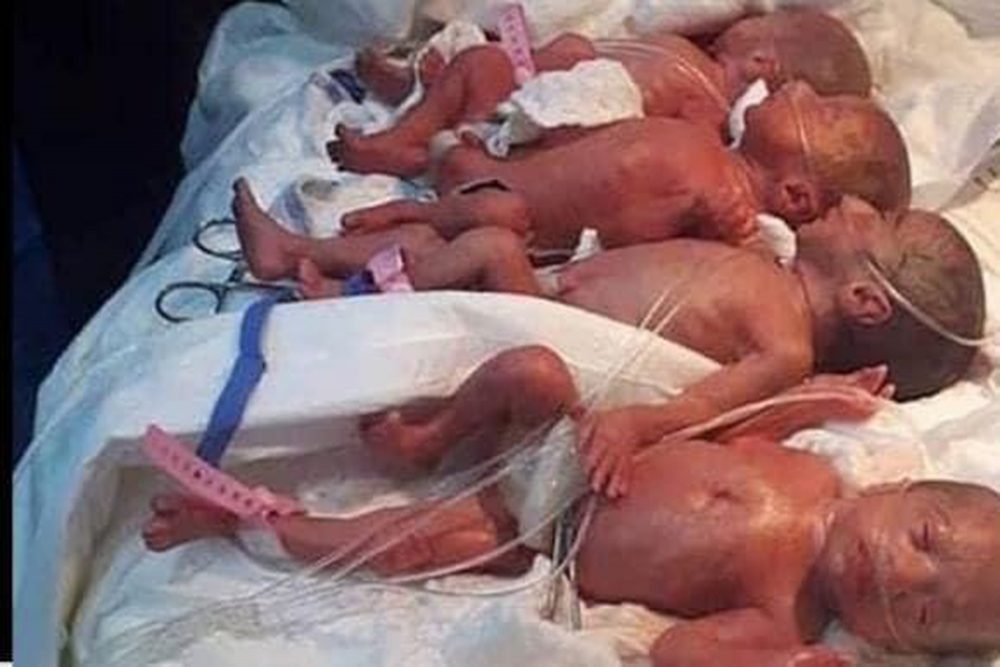 Doctors at the Ain Borja clinic in Casablanca, Morocco, said the world record nine babies born Tuesday by Malian Halima Cisse, are expected to spend at least “two to three months” in incubators.

Each newborn, five girls and four boys, reportedly weighed between 500 grams and 1 kilogram (1.1 pounds and 2.2 pounds) upon birth.

The clinic’s medical director, Youssef Alaoui, declared the case “extremely rare” and “exceptional,” according to a BBC report.

Cisse had her babies by cesarean section at 30 weeks, with 10 doctors and 25 paramedics assisting the operation, during which she suffered heavy bleeding.

“The mother is now in a good condition, she’s not in danger any more,” Ain Borja’s Alaoui told BBC Arabic. “We wish her and the babies a speedy recovery.”

The 25-year-old woman from Timbuktu, was expecting seven babies and not the nine found in her womb.

If all nine children pull through, they will surpass the current world record for the most children delivered in a single birth event to survive.

Alaoui also told the Associated Press that he believes Cisse had not used fertility treatments, which are known to produce multiple birth sets, such as Suleman’s in 2009.

Cisse’s husband, Adjudant Kader Arby, and their eldest daughter, are reportedly in touch with the mother, and looking forward to her return with nine new family members.

“He is the one to decide what will happen to them. I’m not worried about that. When the Almighty does something, he knows why.”