How working with Jumia enabled me to care for my dependants - P.M. News

How working with Jumia enabled me to care for my dependants 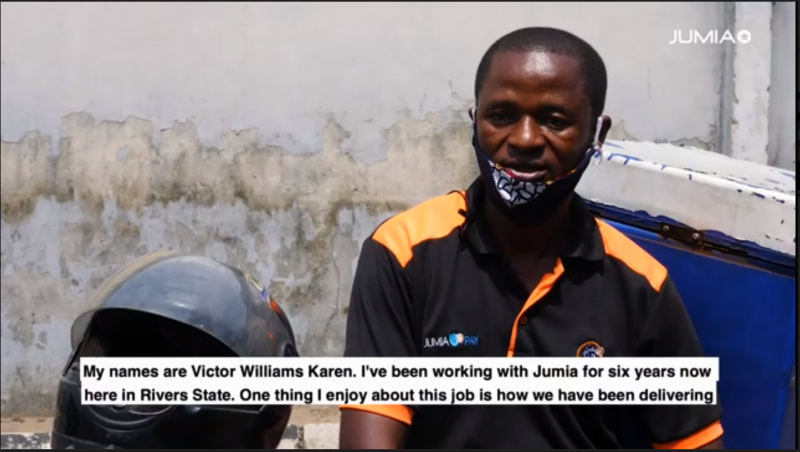 Jumia’s drive to take eCommerce to the nooks and crannies of Nigerian states has continued to yield testimonials from rural residents who benefit from its ripple economic impact.

Victor Williams Karen, a delivery agent with Jumia in Rivers State, is a beneficiary of Jumia’s rural delivery initiative. Karen has been involved in the company’s rural eCommerce service delivery network for six years.

He explained that being an employee of Jumia is helping him meet his financial obligations to his immediate and extended family.

“I have a lot of people who depend on me. With the little money I make from this job with Jumia, I am able to assist my dependents and take care of myself.

According to him, the effort of Africa’s eCommerce market leader has opened up rural markets that were initially inaccessible in the State.

“I have been working with Jumia for six years here in Rivers State. It was very difficult for us to reach rural areas, but now with Jumia’s effort and technology, we are able to reach such areas to deliver to customers and make them happy,” he explained.

“One thing I enjoy about this job is how we have been delivering packages to customers in rural areas,” he said.

Karen’s story is one of several economic benefits and opportunities eCommerce can open up for rural residents.

With testimonials like this, it is becoming increasingly evident that eCommerce is making inroads in rural areas and holds immense economic potential waiting to be explored.