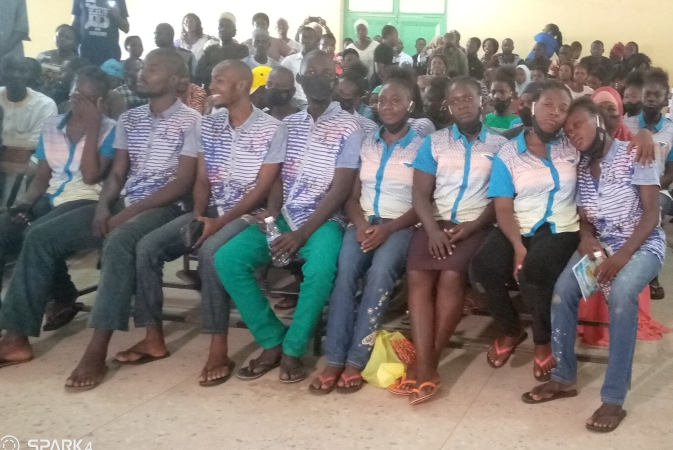 The Police, on Friday handed over the 27 freed students of Federal College of Forestry Mechanisation Afaka, to officials of the school.

The students who were abducted on March 11, were freed on Wednesday after spending 55 days in captivity.

Umar Muri, the Police Commissioner in Kaduna State, said that the students had undergone medical tests and found fit to be reunited with their parents.

“As we speak, the victims are all clinically stable and ready to be reunited with their respective families”, he said.

He charged the students to take their ordeal as a turning point in their lives, and not to be scared of pursuing their education to logical conclusion.

The police commissioner explained that their release and 10 others before them, was a result of many security meetings, careful analysis and strategies.

He said that the meetings, which involved the police, Gov. Nasir El-Rufai, Army, and other stakeholders, was to ensure that all the abducted students were rescued unhurt.

“The Federal and State Governments as well as the Acting Inspector General of Police, State Police Command, the military and other sister security agencies adopted the best modus operandi at our disposal and ten of the students were first released on the 5th and 8th of April in two batches.

“With this sustained effort, the remaining 27 kidnapped students were subsequently released to the Command on May 5, at about 4:10 pm without any casualty,” Muri added.

The police commissioner said concerted efforts were being made to also secure the release of the abducted students of Greenfield University, who had been in captivity since April 20.

The Provost of the college, Dr Muhammad Bello who received the students, appreciated all those involved in the process to get the students released.

“You should not be discouraged in pursuing your dreams”, he told the students and assured that adequate security measures would be taken to prevent a reoccurrence