The role Obasanjo played in release of 27 Afaka students - Gumi 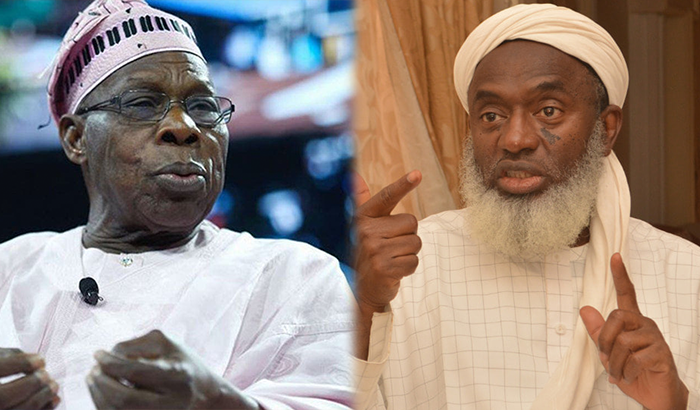 Gumi spoke in Kaduna with newsmen shortly after receiving parents of the freed students who paid him a ‘thank you visit.’

“Having understood that we came to the conclusion that, this is not a hopeless situation. We can really go in and negotiate for the release of these children which we did after so many ups and downs.

“But in the long run, a conclusion was reached and these children are out. So, we are happy that, all of them are out and none was killed.”

On the reported swap of a bandit for the students, Sheikh Gumi said: “I cannot confirm that but I can quote the Governor of Kaduna when the children of Chibok were kidnapped by Boko Haram.

“He said it is the duty of the government to use whatever means possible to save the lives of Chibok girls. This is a general rule that life is more precious. Now, I am happy that 27 lives have been saved.”

Gumi, however, assured that the 17 Greenfield varsity students still in the camp of the terrorists would be released soon.

He also confirmed that the bandits did not carry out their threat to kill the students because of the ongoing talks with them.

Gumi said the terrorists have reduced their initial demand of N100 million.

“Talk is ongoing with Greenfield University students’ abductors. You know they threatened to kill all of them (students) after a particular deadline but after talking to them, they are now lowering their bar,” Gumi stated.

“So, we are thankful they have stopped killing. And we are still negotiating with them. I hope this Afaka case will also encourage them to know that there is hope in negotiation and release the children.”