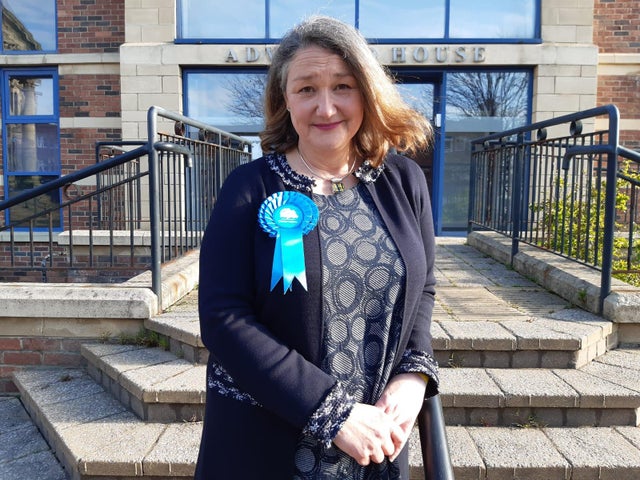 This was despite a high COVID-19 death toll, last year’s record economic slump and cronyism charges.

Conservative Jill Mortimer beat Labour’s candidate in Thursday’s ballot by 15,529 votes to 8,589 to take the parliamentary seat for the town.

It was a victory once unthinkable in a northeastern English port town that for decades backed Britain’s main opposition party.

The overwhelming victory for an often-criticised governing party increases pressure on Labour leader Keir Starmer, who has struggled to revive his party’s fortunes since a disastrous national election in 2019.

Johnson celebrated by immediately visiting Hartlepool where he ascribed his party’s success to its policies of delivering Brexit and ploughing money into areas where many voters have felt neglected by successive London-based governments.

“I think what this election shows is that people want a party and a government that is focused on them, focused on delivering change,” he told reporters, standing in front of a giant inflatable version of himself.

Starmer expressed his bitter disappointment at the result, pledging to do whatever it takes to reconnect to voters.

“We have changed as a party but we haven’t set out a strong enough case to the country. Very often we have been talking to ourselves instead of to the country and we’ve lost the trust of working people, particularly in places like Hartlepool. I intend to do whatever is necessary to fix that.”