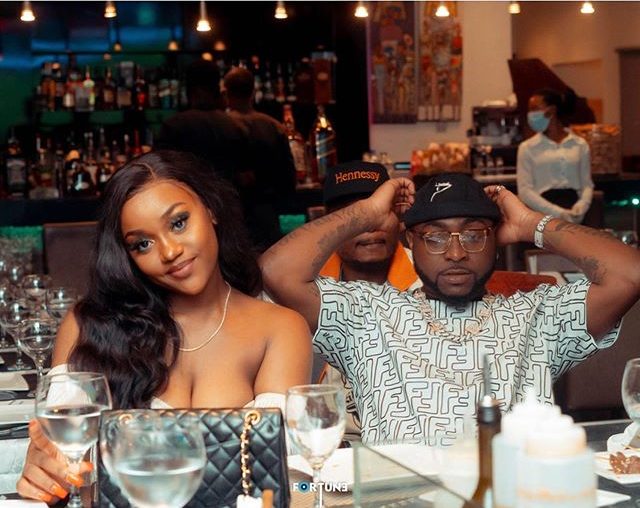 The sour romance between Chioma Rowland a.k.a chefchi and Davido hit a new low on Friday as she called the father of her son, ‘Bro’, an abbreviation for ‘brother’.

She was congratulating Davido over his decade in music and wrote this loveless message on Twitter:

“Congratulations bro, 10 years of great music, blessing and changing lives for the better. So happy for you .”

This casual message to a former partner is certainly bereft of any endearment.

It was certainly Chioma’s payback to Davido for his comment on her birthday recently.

And Chioma responded by saying: ‘Thank You’.

Two years ago, no one could have expected the affair between the former lovers degenerating to this level.

Davido and Chioma had done a family introduction in September 2019, preparatory to the wedding in 2020.

But came Coronavirus, when a lot of plans were put on hold. The marriage too was hung in the air.

In some interviews, Davido said the marriage could happen this year. But then rumours began flying around in the social media.

The rumours of crisis in the romance reached the peak in December last year, when Davido hosted an American model, Mya Yafai in Lagos.

The model spent Christmas and New Year with Davido.

This certainly got Mama Ify mad and a lot of sympathy in the social media.

In a post on Instagram, she wrote: “I can no longer offer my support, friendship, or loyalty where it is not returned”.

And then she began to delete all captions from photos which she appeared with the singer.

Among the deleted captions was the ‘I love you’ caption that accompanied the photo of her engagement ring. She also stopped wearing the ring.

The romance broke down irretrievably in February, when Davido and Yafai escaped to Sint Maarten, a small island in the Caribbean, that is part of the Kingdom of Netherlands for vacation.

Davido posted a photo on 26 February in a private jet indicating he was on his way to the idyllic island, known for lagoons, beaches and salt pans.

The capital, Philipsburg, has cobblestone streets and coloUrful, colonial-style buildings lining its Front Street shopping area, according to Wikipedia.

Now that the former couple are calling each other non-endearing names, it may well be a sign of love totally lost or a sour romance that has reached a point of no return.