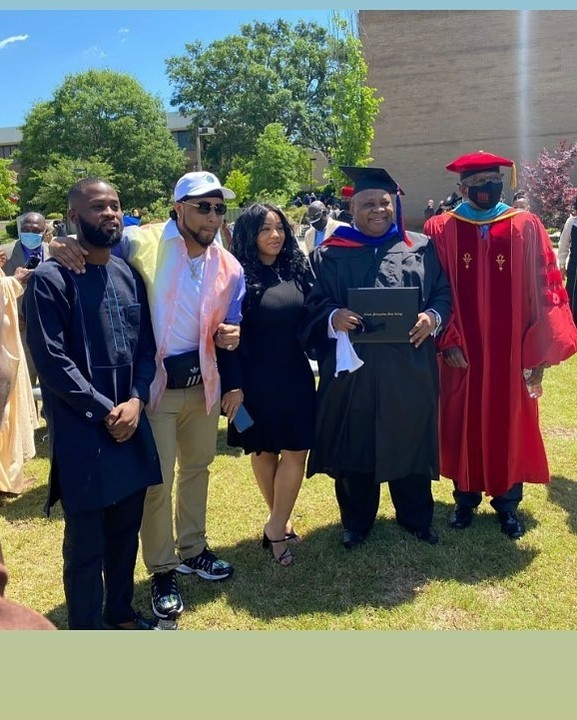 Senator Adeleke, 2nd right during the graduation in Atlanta

Reports said the former Osun governorship candidate of the Peoples Democratic Party, who was mocked for being just a dancer, graduated on 7 May.

From videos and photos of the event, a crowd of Nigerians attended the event to celebrate with the politician, mocked as ‘dancing senator’.

Atlanta Metropolitan State College is part of the University system of Georgia. It is a liberal arts college, offering four-year programs and certificate courses.

It is accredited by the Southern Association of Colleges and Schools Commission on Colleges, www.sacscoc.org, to award the associate and baccalaureate degrees.

The African American institution was founded in 1974.

It was originally known as Atlanta Junior College. The name was changed in 1988 to Atlanta Metropolitan College.

For several decades after its establishment, the institution was the only predominantly African-American two-year institution in the state.

In 2012, the institution, which is non-residential, began offering four-year degree programs.

In the same year, the institution adopted its current name in recognition of its new status as state college