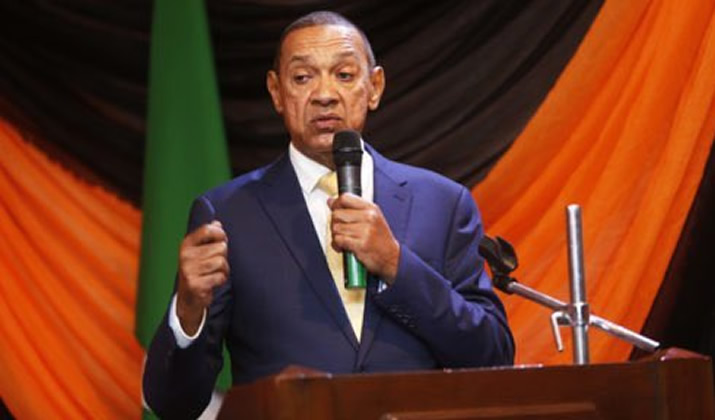 Ben Murray-Bruce, a former senator who once represented Bayelsa East Senatorial District, has proffered a way out to insecurity in the country.

In a short video posted on his verified Twitter page, Murray-Bruce said the Nigerian government should hire mercenaries in its fight against terrorists and bandits in the country.

Bruce in the video commended President Buhari for seeking international help to help fight banditry, especially the President’s appeal to the U.S to relocate its Africa Military Command to Africa.

However, the ex-lawmaker said the move is not enough noting that mercenaries should be introduced in the fight against terrorists and bandits.

Bruce also said the military should improve its intelligence gathering and to also infiltrate the terror groups and their hideouts.

“The Nigerian government is finally seeking international assistance in its resolve to defeat terrorism, banditry and all form of criminality, particularly in the North-East and the North-West. This is a good development but not enough.

“We must also deploy mercenaries to complement our force to deal with the terrorists and bandits. The Nigerian Army must also get helicopter gunships and deploy them in theatres of conflict, especially on the frontlines to support the soldiers on the ground.

“Military experts from around the world say you cannot defeat insurgents who engage in asymmetric warfare without helicopter gunships. They say it is not just possible and those who have tried without it in different parts of the world have failed to win and only end up with a prolonged drawn-out war.

“The military must also improve their intelligence gathering backed by technology, infiltrate the terror groups and their hideouts. Our troops must also change their method of operation by also deploying guerrilla tactics and beating the terrorists at their own game.”

This is what the Nigerian government and the Army must do. pic.twitter.com/SFI5ONLDQs