One person shot as Chadians protest against military junta 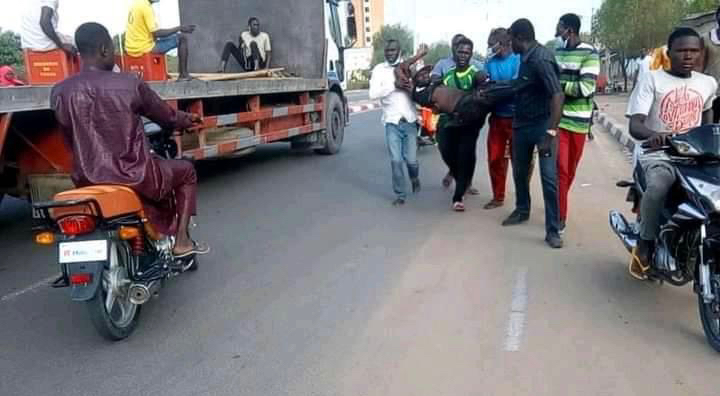 A young immigrant was shot on Saturday in the Moursal district of N’djamena, Chad when a police officer opened fire on demonstrators against the ruling military junta.

Wounded in the stomach, the victim was evacuated by demonstrators to the hospital.

A fire was also reported in a home following tear gas fire. Young people intervened to contain the flames.

The Coordination of Citizen Actions “Wakit Tamma” masterminded the demonstrations on Saturday to demand the return to constitutional order.

Very early this morning, scores of demonstrators gathered at the starting point located at the Espace Fest Africa in the 6th arrondissement.

The police used tear gas to disperse the gathering.

“Some 20 people have been detained by the security forces and a single person was injured by a live bullet,” N’Djamena prosecutor Youssouf Tom told AFP.

“The policeman who fired the shot had taken drugs and was finally arrested and will answer for his action,” he added.

He accused the authorities of “showing bad faith and their war posture when we are asking for an inclusive dialogue to allow all Chadians without exclusion to seek the means for an honourable end to the crisis”.

The Transitional Military Council (CMT) took charge on April 20, the day that Deby’s shock death was announced. It is headed by Deby’s son Mahamat, a four-star general.

Protests broke out almost immediately and have been brutally quashed, resulting in six deaths according to officials, and nine according to NGOs.

Over 600 people have been arrested.

Mahamat Idriss Deby has pledged to hold “free and democratic” elections in 18 months. He has named a transitional government that is overwhelmingly dominated by ruling party figures and stalwarts of the old regime.