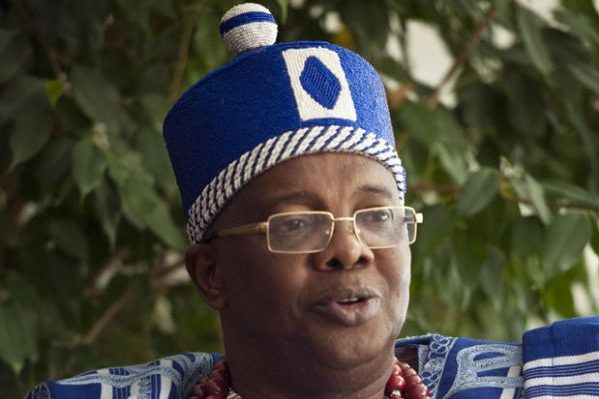 The Ayangburen of Ikorodu, Oba Kabiru Shotobi has told Governor Babajide Sanwo-Olu to outrightly ban ‘Okada’ in the state if he wants to win the war against insecurity.

The traditional ruler insisted that now is the time to totally outlaw ‘Okada’ in the state.

Oba Kabiru said this at the stakeholders meeting on security which held today, Monday at the Adeyemi Bero Auditorium in Alausa, Ikeja.

“Now is the time to ban the activities of Okada riders. I have often told the governor that the right time might not come if we keep waiting for alternatives which might take forever; now is the time to stop the menace of okada riders who are very lawless.”

The Lagos State chairman of the Christian Association of Nigeria (CAN) Stephen Adegbite agreed with the traditional ruler.

Mr. Adegbite said Okada and Keke Napep should not be part of the megacity.

He also noted that activities of transport unions must also be checked if the state must secure residents and property.

Other panelists advocated for a ban on the activities of Okada riders.

Lagos commissioner of police, Hakeem Odumosu said statistics have shown that armed hoodlums who operate on Okada, are responsible for greater percentage of crime in the state.

Odumosu said that this was so because the hoodlums have found motorcycles as a veritable means of escape from the scene of crime.

According to Odumosu, crime reports from the field in the last five months have shown that the hoodlums are responsible for armed robbery, cultism, kidnapping, murder, burglary and stealing, among others.

”It has also been established of Okadas being illegally used as a veritable means of conveying hard drugs from one point to another.

“The consequences of spreading of hard drugs and its consumption are better imagined than said.”