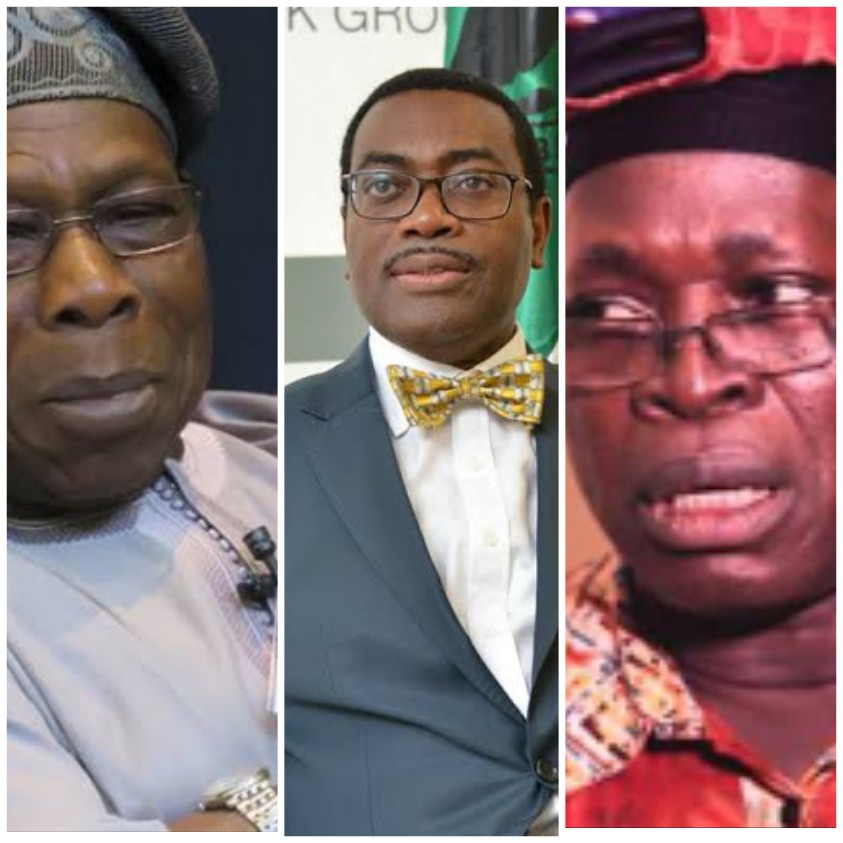 Professor Ishaq Akintola, Director of MURIC, stated this in a statement sent to PM News on Tuesday.

Akintola said Obasanjo must withdraw his support for Akinwunmi Adesina because he is a “Yoruba Christian”.

According to Akintola, reports have revealed that Obasanjo is trying to draft the current president of the African Development Bank (ADB) into the 2023 presidential race.

He noted that the next Yoruba presidential ticket must go to a Yoruba Muslim in the name of fairness, justice and equity.

Akintola said he based his stand on the fact that three Yoruba Christians have occupied the Aso Rock villa and no single Yoruba Muslim has held the post of president or vice president since independence.

According to Akintola, “Ex-President Olusegun Obasanjo is reportedly making attempts to draft the current president of the African Development Bank (ADB), Dr. Akinwunmi Adesina, into the 2023 presidential race. We object to this move. Obasanjo wants to waste all the efforts put in place by the Nigerian government to get Dr. Akinwunmi Adesina to that continental position.

“We remind the former president that as a Yoruba Christian, he has led Nigeria twice. He spent 3 years and 258 days as a military head of state (1976 – 1979) and another 8 years as a civilian president (1999 – 2007). Two other Yoruba Christians have also occupied Aso Rock. Chief Earnest Adegunle Oladeinde Shonekan was the interim head of state from 26th August 1993 to 17th November 1993. The current vice president, Professor Yemi Osinbajo, is also a Yoruba Christian.

“Obasanjo’s attempt to drag Dr. Akinwunmi Adesina who is also a Yoruba Christian into the presidential race negates the principles of fairness, justice and equity. It is an attempt to rob Yoruba Muslims of the presidential slot and it violates a cardinal principle of democracy, namely, inclusiveness.

“It is an open secret that Yoruba Muslims who form the majority of the population in the South West are being denied their Allah-given fundamental human rights. This has led to complaints and court cases initiated by Muslims across Yorubaland over political and religious persecution. Yoruba Muslims are at the receiving end of the deprivation of civil liberties. It is our contention that another Yoruba Christian presidency will usher in another opportunity for Christian hegemony and the marginalisation, stigmatisation, repression and persecution of Yoruba Muslims.

“Let Obasanjo tell us how many Yoruba Muslims were ministers in his administration. Even in Kwara State which is also a predominantly Muslim territory, Obasanjo picked two Christians as ministers (C. O. Adebayo and Funke Doyin). But he could not extend such ‘luxury’ to Yoruba Muslims in the South West.

“MURIC rejects this grand design to keep Muslims in Yorubaland in perpetual bondage. There are many Yoruba Muslims who are eminently qualified for the post of president. We also believe that the interest of the Yoruba people will be best served if they will channel their grievances towards ensuring that a Yoruba man emerges president instead of pursuing a separatist agenda that may lead them nowhere.

“We advise ex-President Olusegun Obasanjo to relax his grip on the Nigerian jugular vein. He should stop pushing Yoruba Muslims to the background. Christians are not the only human beings in Yorubaland. Fair sharing spreads goodwill. Monopoly generates rancour and ill-feeling. There is no true democracy where there is no inclusiveness. The political party does not matter to us. What is important is that the next Yoruba presidential ticket must go to a Yoruba Muslim in the name of fairness, justice and equity.”