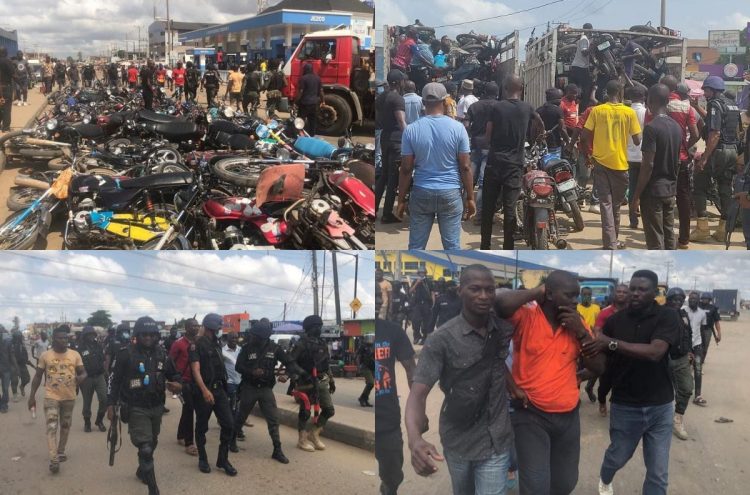 Officials of the Lagos State Taskforce on Tuesday clashed with irate okada riders at Jakande Gate, Ejigbo area of Lagos.

The taskforce had gone to the area to enforce government’s directives that okada riders should not ply major roads.

The officials were attacked by the okada riders in a bid to stop them from impounding their bikes.

The taskforce, on its Instagram page said it successfully impounded 93 motorcycles from Jakande Gate, Ejigbo and its environs.

“The Lagos State taskforce successfully impounded 92 motorcycles from Jakande gate, Ejigbo and environs after an attack on the team.

“The attackers were neutralized and disarmed. There was no casualties and some arrest were made,” it stated.