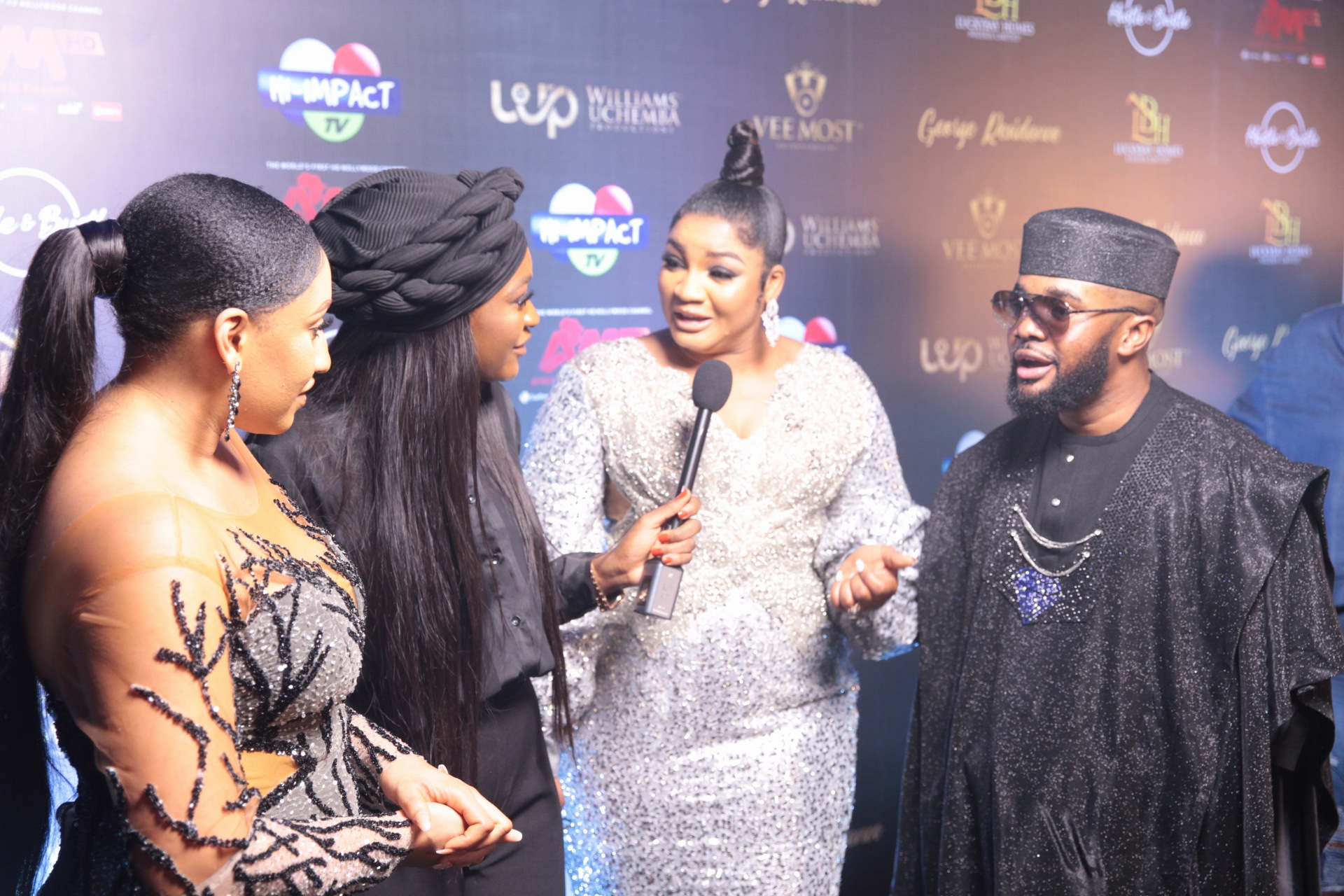 Popular Nollywood actor and comedian, Williams Uchemba hosted a star-studded private screening for his first movie as a producer, “Mamba’s Diamond” at Filmhouse IMAX Cinema, Lekki on Sunday, May 9.

The much-awaited movie which will hit the cinemas across the country from 13th May was shot in Sierra Leone, New York, and Lagos, Nigeria.

The film stars Gabriel Afolayan (as Elenu), Osas Ighodaro (as Eloho), and Williams Uchemba (as Obi) playing the lead roles.

In the new trailer, Uchemba appears to take on his familiar comic character alongside Gabriel Afolayan.

The star-studded ‘Mamba’s Diamond’ directed by Seyi Babatope is about two amateur thieves planning to jack a car, but they end up in an inadvertently successful diamond heist.

The less than two-minute trailer reflects on a heated fight as they try to elope with diamonds worth millions of dollars belonging to the “queen of the underworld darkest cult group,” known as Black Mambas.

The feature was co-executive produced by Melvin Ejiogu and produced by Darlington Abuda. Uchemba has had his fair share of movie appearances in Nollywood. Not least as the hilarious law enforcement agent in Sugar Rush, or the other tech guy in Merry Men: Another Mission, both in December 2019.

But Mamba’s Diamond is very much his own project, on the stables of his self-titled production company, Williams Uchemba Productions.

According to Uchemba, “This has been a very long journey, and it feels good to see that it has come to this stage. I’m excited because this is my first feature film after 22 years in the film industry.

Speaking about upcoming projects, Uchemba said; “We have two more movies for the year and this is just an introduction. So as much as we put our work on this, do not judge me on this one, this is my first one, the second one we are making magic.

“And we have already started planning the second one,” the award-winning actor added.

Uchemba rose to fame after featuring in ‘The Journey of the Dead’, a Nollywood blockbuster released in 2001, and has since snagged numerous awards.

At the screening, Omotola Jalade Ekeinde, Ayo Makun, Jimmy Odukoya amongst other superstars all showed up at the event looking flamboyant.

Check out some pictures from the screening below: