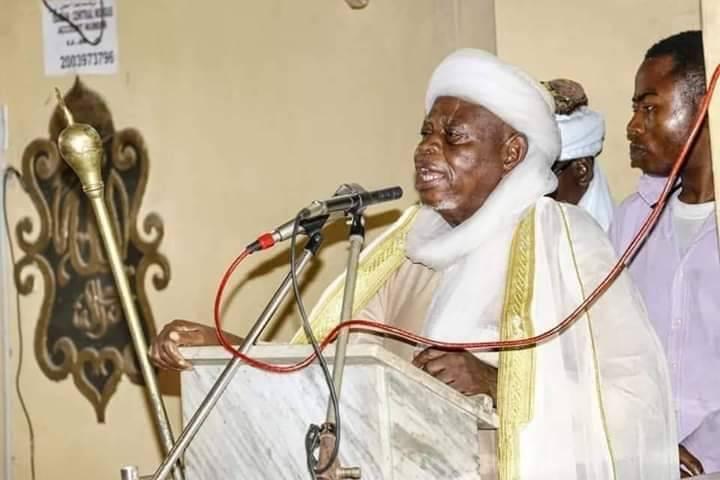 For the Chief Imam of Ibadanland, Sheikh AbdulGaniyu Abubakry Agbotomokekere, Ramadan ended Tuesday and not today, as he led muslim faithful to perform Eid prayer at the Ibadan Central Eid praying ground, Agodi.

Deputy Governor Rauf Olaniyan and Olubadan of Ibadanland, Oba Saliu Adetunji were some of the dignitaries at the prayer ground.

Imam Agbotomokekere defied the directive from the National Supreme Council for Islamic Affairs (NSCIA) that fasting should continue as a result of the non-sighting of the Shawal moon on Tuesday night.

NSCIA directive makes the Ramadan month to extend to 30 days.

Imam Agbotomokekere gave hints about his course of action, when he announced that Ramadan ended on Tuesday and that the Eid prayer would be held Wednesday morning.

He did lead the prayer as promised.

However, many VIP muslims did not attend the prayer.

Among the notable muslims that were conspicuously absent were the Aare Musulumi of Yorubaland, Edo and Delta States, Alhaji Dawud Makanjuola Akinola De-Damak and former Governor Rashidi Ladoja.

Imam Agbotomokekere was not only one that defied Sultan’s NSCIA message.

The muslim faithful said they sighted the moon in some parts of Nigeria and Niger Republic.