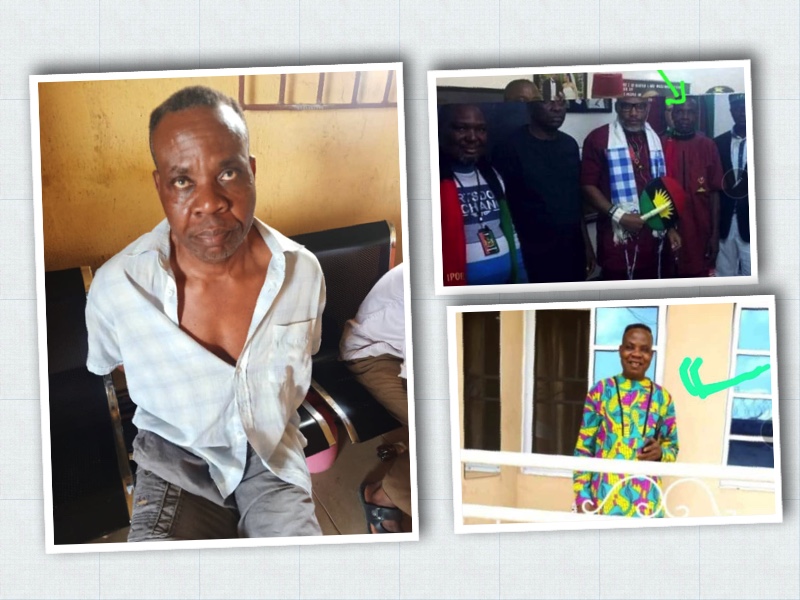 Awurum Eze said by the army to be ESN deputy commander

Awurum Eze, who was arrested by the army in Abia state as an operative of the Eastern Security Network (ESN) is not its deputy commander, spokesman of the Indigenous People of Biafra claimed.

Emma Powerful said the suspect is too old to be recruited into the ESN and he is not the second-in-command to the slain Ikonso.

In a statement Emma Powerful said the arrest of innocent Biafrans and labelling them ESN operatives could not make the army overpower its gallant ESN operatives.

IPOB said the suspect had issues with his traditional ruler who gave his contact to the security agents alleging that he belonged to ESN.

“The Indigenous People of Biafra (IPOB), ably led by our great leader, Mazi Nnamdi Kanu, read with utter amusement, media reports of claims by the Nigeria Army that it arrested Ikonso’s Second in Command in Aba.

“The said man is not an operative of ESN. Such a man is too old to be recruited into ESN let alone being Ikonso’s Second in Command.

“Our background check revealed that the said man had issues with his traditional ruler who gave his contact to the security agents alleging that he belongs to ESN. He is not our own.”

The army on Wednesday arrested Awurum Eze, who he described as the second in command to Ikonso.

According to Yerima, Eze, a native of Umoneke Nta, Isiala-Mbano LGA, Imo State, had on the 4th of May 2021 escaped when operatives of Intelligence Response Team (IRT) stormed his village house in Isiala Mbano where he was hiding.

“Intensive manhunt was thereafter launched towards tracing and arresting him. He was eventually apprehended on Wednesday, 12 May 2021, in Aba after weeks of unrelenting follow-ups by operatives.

“Awurum Eze is one of the main sponsors of the numerous killings in Imo State and has been on the wanted list of security agents for more than 3 months.

“Many of the arrested IPOB /ESN terrorists had earlier mentioned him as their key sponsor, mastermind and Second in Command to late Ikonso.

“According to them, amongst all their leaders in Imo State, only Ikonso and Awurum have direct communication link with Nnamdi Kanu.

“He can be seen in several photographs posing with the fugitive terrorist leader, Nnamdi Kanu.

“Investigation by the combined team of security operatives continues”.