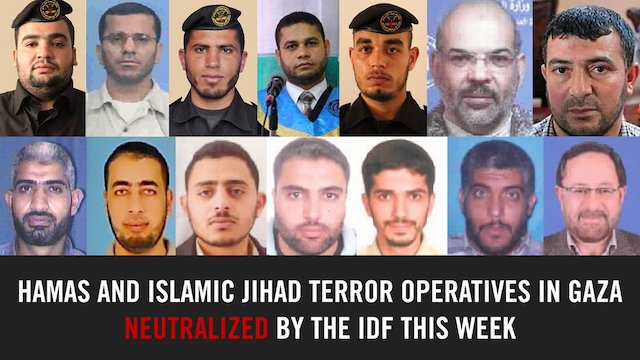 Some of the Hamas commanders that Israel claimed its bombers killed

The Israel Defense Forces has reported that it has just conducted an airstrike on a Hamas intelligence facility with dozens of operatives inside.

The military said the site served as the main command centre for its surveillance network.

It was not immediately clear how many Hamas members were killed in the strike.

But IDF later published a combo photograph of Hamas members it claimed it neutralised.

“Before the strike, we warned civilians in the building & allowed sufficient time for them to evacuate the site.

“We are continuing to strike terror targets in Gaza”, IDF said..