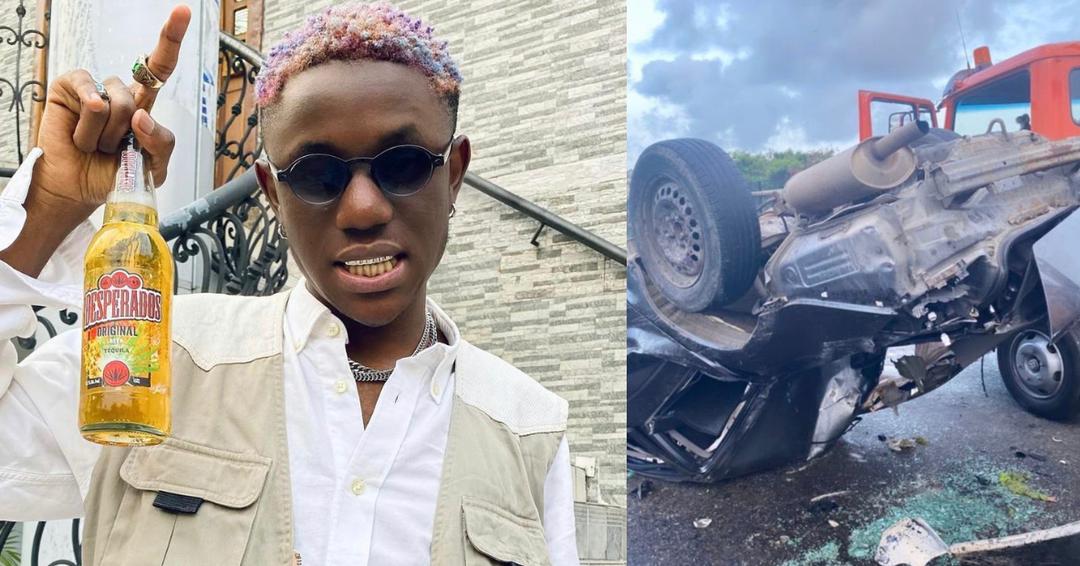 According to KVLT, the record label the artist is signed on, the up-and-coming rapper is said to be recovering from the surgery, after being wheeled away from the Intensive Care Unit.

KVLT appreciated everybody who responded when the group called for help financially and spiritually.

PM News previously reported that Vict0ny had an accident on Sunday, 25 April 2021, as the singer and his friends were returning from music star Oxlade’s birthday party.

Afterward, a Gofundme account created to solicit funds for the fast-rising rapper by one Dami O. in Toronto raised $5,268 for the operation.

The rapper is lucky to be alive as Dafe, the artist manager said one of the singer’s associates in the car died on the spot.

We can’t thank you enough for the prayers and support . Let’s keep praying and wishing @vict0ny a speedy recovery 💜✝️ pic.twitter.com/vhHNXTBcG1