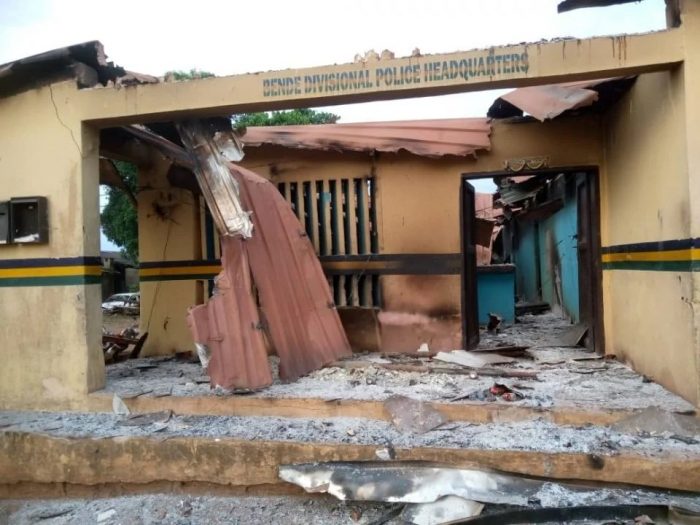 The attack happened on Wednesday night as confirmed by the state police command.

During the attack, detainees were set free.

The Police Public Relations Officer in Abia state, Ogbonna Geoffrey disclosed that two policemen were shot on the leg.

The generator house and multi-purpose house of Bende Local Government headquarters were razed.

The attack on the police station occurred hours after the state Governor, Okezie Ikpeazu left Bende local government where he attended a civic reception of a past lawmaker from the area, Nnenna Ukeje.

After the attack, soldiers arrived the area to restore normalcy.