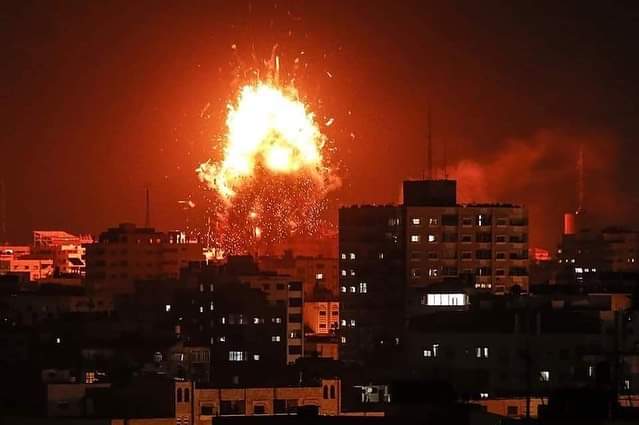 At least 109 people, including 29 children have been killed in Gaza by Israeli bombs over the previous four days as the conflict escalated on Friday.

On Thursday alone, 52 Palestinians were killed in the enclave, the highest single-day figure since Monday, medical officials said.

There is no prospect of ceasefire yet

As hostilities entered their fifth day, with no sign of abating, the Israeli military said in a statement shortly after midnight that air and ground forces were attacking the Hamas-run enclave.

Although the statement gave no further details, Israeli military affairs correspondents who are briefed regularly by the armed forces said it was not a ground invasion, and that troops were firing artillery from Israel’s side of the border.

Residents of northern Gaza, near the Israeli frontier, said they had seen no sign of Israeli ground forces inside the enclave but reported heavy artillery fire and dozens of air strikes.

Israeli officials said Hamas, Gaza’s most powerful militant group, must be dealt a strong deterring blow before any ceasefire.

The sound of explosions echoed across northern and eastern parts of Gaza. Witnesses said many families living in areas near the border quit their homes, some seeking shelter at United Nations-run schools.

Violence also spread to mixed communities of Jews and Arabs in Israel, a new front in the long conflict.

Synagogues were attacked and fighting broke out on the streets of some towns, prompting Israel’s president to warn of civil war.