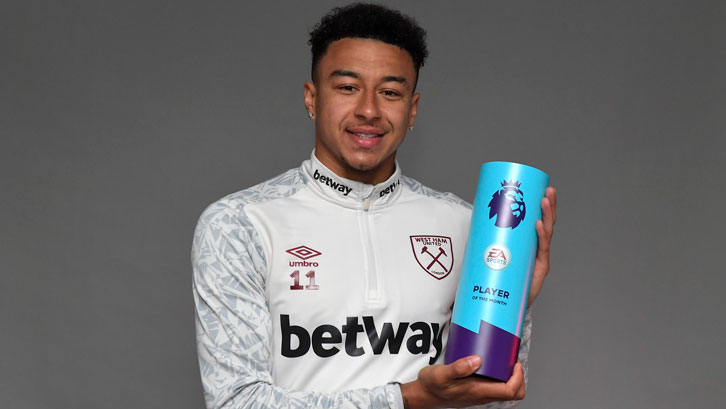 Jesse Lingard of West Ham has been named the Premier League’s player of the month for April.

The wantaway Manchester United winger since joining West Ham on loan has been a revelation and has netted nine goals in 13 appearances so far.

He was nominated for the player of the month award in February and March but lost out to Ilkay Gundogan and Kelechi Iheanacho respectively.

This marks the first time the England international would be named player of the month in his career.

Lingard told West Ham’s website, “It’s amazing. It’s the first time in my career that I’ve received this award and I’d obviously like to thank the fans for voting, my teammates and staff for helping me get there.

“It’s been a long road and I’ve been nominated the last two months and even getting nominated was a great feeling for me as I want to be up there with the best and competing for the best awards.

“I definitely think I’m in the best form of my career. I’ve always wanted to work on consistency in my game and I think it’s come at a good time.

With 𝗙𝗢𝗨𝗥 goals and an assist in April, your @premierleague #POTM is… 🥁