Low turnout of workers in Osun after Eid-el-Fitri - P.M. News

Low turnout of workers in Osun after Eid-el-Fitri 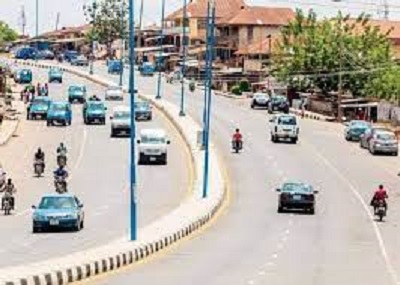 FILE PHOTO: Low turnout of workers in Osun after Eid-el-Fitri

There was a low turnout of workers in Osogbo, Osun, on Friday after the Wednesday and Thursday public holiday declared by the Federal Government.

The celebration of Eid-el-Fitr marks the end of the Ramadan fast.

A correspondent NAN observed that although commercial activities have resumed, the turnout of workers in the state government offices visited was very low as seats were empty and some offices locked.

There was also a low turnout of workers in the Federal Government establishments visited while a visit to the state secretariat in Abere and Olorunda Local Government Osogbo, revealed that many workers were yet to resume their duty posts.

Banks and other business ventures were opened but there was low patronage and turnout.

Mr Adeyemi Yusuf, a federal civil servant, who spoke to NAN said the extension of public holidays, close to the weekend, often time makes it impossible for some workers that travelled to celebrate with their families, to resume back on the last working day of the week (Friday).

“Although some workers that travelled for the Eid-el-Fitr will still resume later in the day, most times, some see Friday as an extension of the weekend, so they take it as part of the holiday.

“Essential workers, like myself, don’t, however, have such luxury of not resuming.

“But those, whose work description does not fall under essential service can afford to stay off,’’ Yusuf said.

Speaking on the essence of Ramadan, he said the month has taught Muslims to be considerate of others, tolerant, love everyone and be better people.

“The holy month is a pointer to the fact that we have to submit to the will of Allah, living a righteous life and caring for others.

“The Eid holiday is not the important thing but the lesson of the Ramadan itself.

“It is just unfortunate that some will still go back to their old ways after enduring and observing the fast of the holy month,’’ Yusuf said.