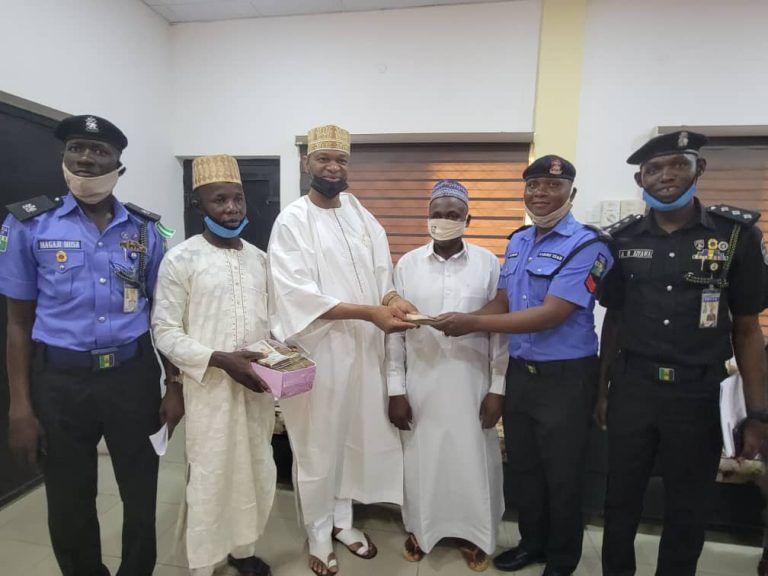 A Nigerian police Sergeant Kabiru Isah, has returned N1.2 million belonging to a victim of an accident to his relatives in Kano State.

According to a statement issued by the Kano State Police Public Relations Officer, ASP Abdullahi Haruna, on Saturday, Isah recovered the money from an accident scene.

Haruna said that the policeman was attached to the command’s Motor Traffic Division (MTD)and found the money while conducting analysis at the accident scene on the Kano-Zaria road.

He said that an articulated vehicle had knocked down a motorcycle rider, who died on the spot, adding that the victim was in possession of the sum of N1,294,200 packed in a box.

Haruna said that the Commissioner of Police, Mr Sama’ila Dikko, handed over the money to the relatives of the deceased and called on police personnel and residents of the state to emulate Isah’s good deed.

Dikko, also disclosed that the Managing Director, Kano Road Traffic Agency (KAROTA), Mr Baffa Dan-Agundi, gifted Isah with N100,000 as a reward for his honesty and dedication to duty.