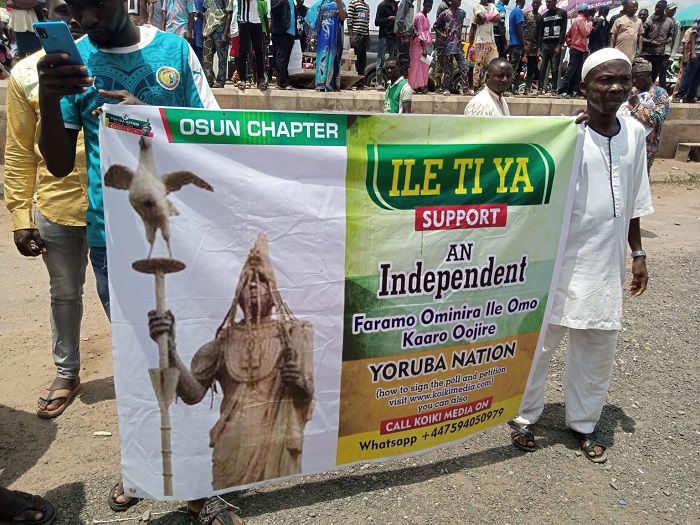 Yoruba nation agitators on Saturday stormed the streets of Osogbo, Osun State capital to demand the actualisation of the Yoruba nation.

The youths under the aegis of Omo Oduduwa United converged on the November 27 bridge in the Africa area of Osogbo for their protest.

They marched from the November 27 bridge through Ogo-Oluwa, Aregbe junction, Fakunle, Ola-Iya and Odi Olowo areas for the protest at the Nelson Mandela Freedom Park, Old Garage.

The agitators carried placards, banners chanting secession songs and distributing handbills to people along the streets.

Meanwhile, there was heavy security presence in major junctions of Osogbo as men of DSS, Police, JTF, Amotekun and other local operatives were on the ground forestall breakdown of law and order.