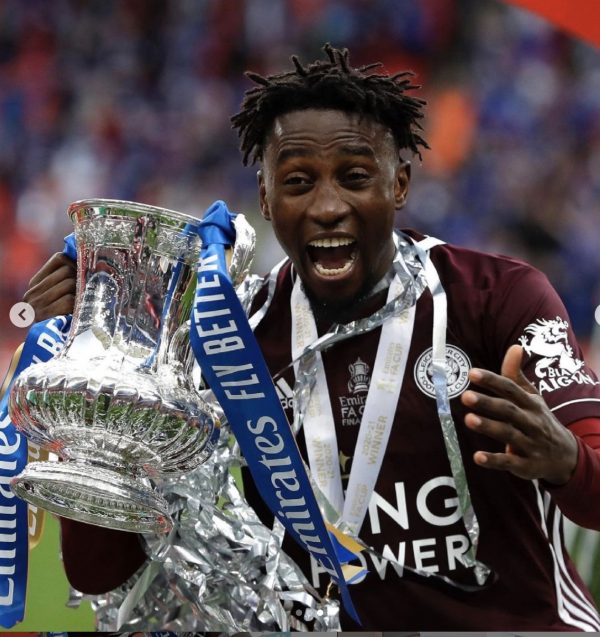 Defensive midfielder Wilfred Ndidi, a member of the Leicester City FA Cup squad has reacted to the club’s historic victory over Chelsea.

Ndidi in a post on Instagram on Saturday night described the victory a ‘perfect’ birthday gift for his daughter, who celebrated one year on Friday.

“Perfect birthday gift for my daughter 😭❤️ What a feeling having to see the fans again. Thank you everyone”, he wrote.

The midfield dynamo shared two messages, one by his daughter, wishing him good luck in the game, and the wife also hoping that Ndidi will make them proud.

The second Nigerian playing for Leicester is striker Kelechi Iheanacho.

On Instagram, he also celebrated the Club’s victory with a short video, in which he appears to be dancing to a background music as he holds the cup.