Arizona woman says voices told her to kill her 2 kids, denies it in court - P.M. News

Arizona woman says voices told her to kill her 2 kids, denies it in court 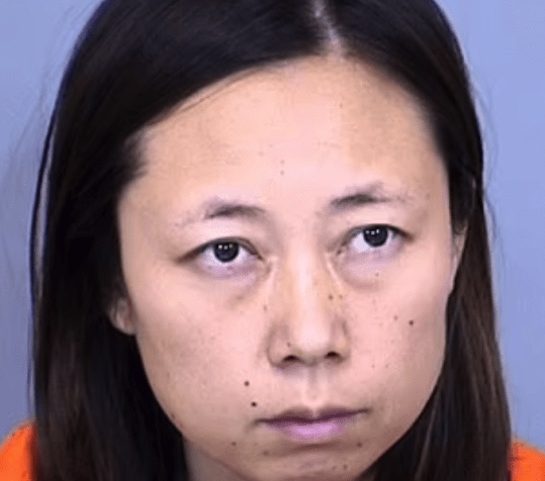 Yui Inoue kills her two kids on the prodding of voices

Yui Inoue, a Chinese-Japanese woman living in Tempe Arizona told policemen on Saturday that she killed her two children after hearing voices, asking her to commit infanticide.

But charged with murder on Monday, the woman changed her story, denying killing her nine year-old daughter and seven year-old son.

According to azcentral.com, Inoue was was arrested on suspicion of killing her two children at an apartment in Tempe.

Inoue told police during an interview that she went to bed with her kids and woke up at around 4:30 a.m. with blood on her hands and her two children dead near the doorway of a bedroom, court documents said.

Inoue appeared in court wearing an orange jumpsuit, handcuffs and a face mask.

After she said “I did not kill anybody” in Japanese through an interpreter, Maricopa County Superior Court commissioner Steve McCarthy interrupted her and said he was appointing her an attorney.

“The only person you should talk about your case is with your attorney,” he told her at the hearing.

Police said Inoue initially told them she didn’t believe she killed the children but could not remember.

County prosecutor Jay Rademacher requested a $2 million cash bond and a surrendered passport since Inoue has ties to both China and Japan, he said at the hearing.

Inoue was born in China but lived in Japan before she moved to the U.S., the prosecutor said.

At about 12:30 a.m. Saturday, Tempe police responded to a report of a domestic dispute at the couple’s apartment, where the two got into an argument over money regarding Inoue’s upcoming move back to Japan, court records said.

Rademacher said Inoue had threatened her husband with a meat cleaver, so the husband left for the evening after police arrived. No arrests were made at the time.

Inoue and her husband had filed for divorce in April but were still sharing the house while living in separate rooms, police said on Sunday.

Court documents said Inoue had plans to move back to Japan, where she had family and friends, and that she had experienced thoughts of suicide.

Police said children were safe in bed before they left the apartment early Saturday morning.

At about 4:30 a.m., Inoue later told police she woke up with bloody hands and saw her two kids dead in the doorway of a bedroom.

She told police she took a bath and then drove to and flagged down an officer at the department’s Apache substation near Broadway Road and McClintock Drive just after 7 a.m. and said she was “hearing voices telling her to kill her kids,” officials and court documents said.

Police responded to the house and found large amounts of blood near a bedroom and found the bodies of the two children partially covered by blankets and boxes at about 8 a.m.

“Both children had numerous defensive wounds on their hand, most likely caused during the attack and grabbing the knife several times,” Rademacher said.

“The initial interpretation of this scene is that both of these victims fought for their lives against their mother.”

Officers saw cuts and blood on Inoue that they say match up with the scene. In her car, police found a bag with bloody clothes and a meat cleaver, which they believe was used in the attack, court documents and police said.

“These children were helpless, your honour, and did everything they could to fight their mother,” Rademacher said at the hearing.

Court documents said the cleaver had chips on the blade, which police said indicated it was the weapon used in the attack, and was missing from a similar set of knives in a knife block at the apartment.

Inoue had bloodstains on her heel, shallow cuts on her fingers and dark bruises on her hands and knees, according to officials. Blood splatter was also found on the exterior of suitcases seen inside her car, court documents said.

McCarthy set Inoue’s bond to $2 million cash, ordered her passport to be surrendered and said if she is able to be released that she wear an ankle bracelet for electronic monitoring.

Inoue’s preliminary hearing is scheduled for May 25, according to court documents.