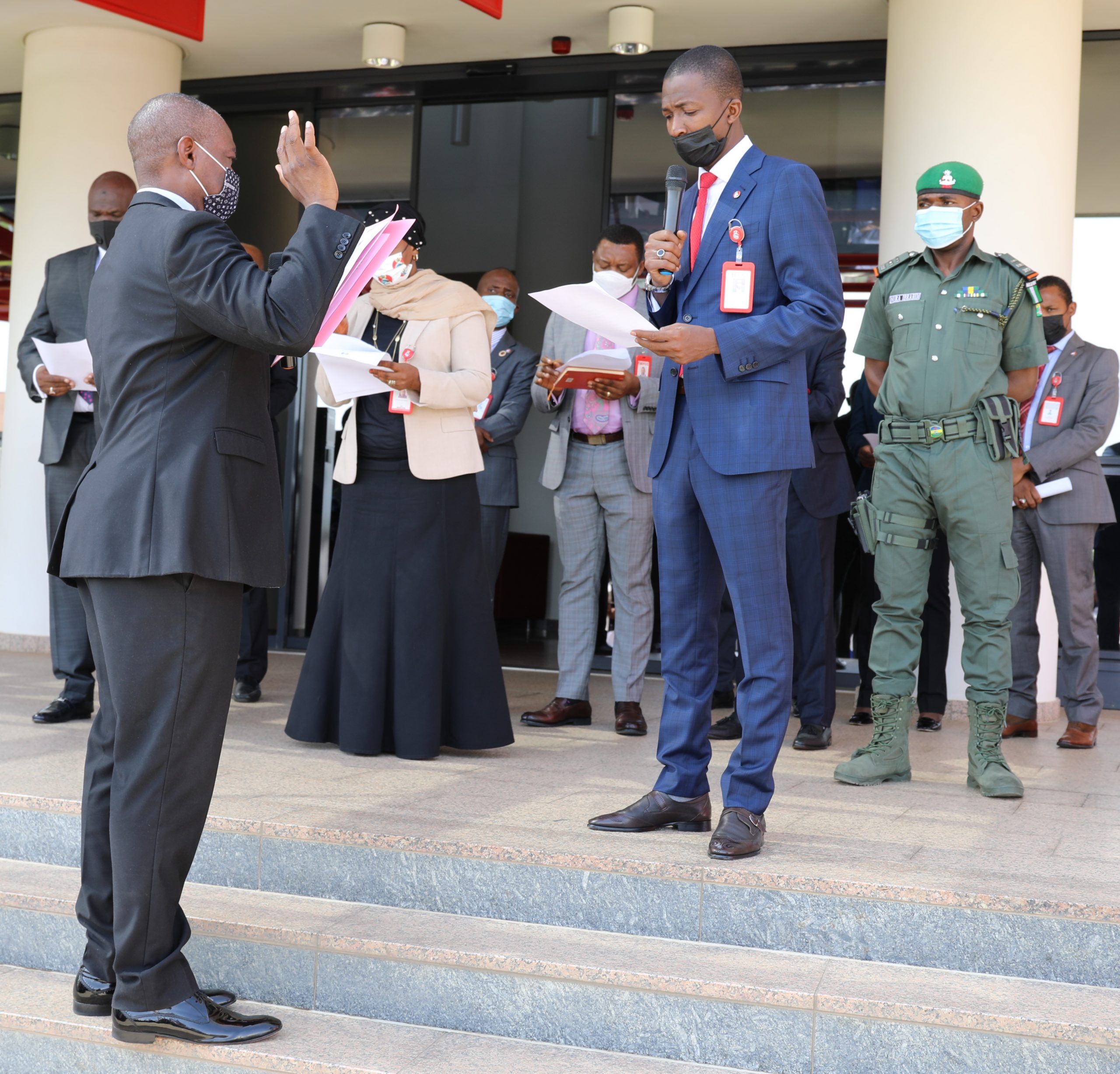 Officials of the Economic and Financial Crimes Commission, EFCC, have taken fresh official oaths, pledging among others, to perform their duties diligently and honestly.

The fresh oaths are part of ongoing reform efforts to improve the efficient delivery of the agency’s mandate.

The Executive Chairman, Abdulrasheed Bawa led other categories of staff to take the oath in compliance with the Official Secrets Act and the newly adopted Document Classification Policy of the Commission.

Bawa was confirmed as the substantive chairman of the Economic and Financial Crimes Commission (EFCC) in February 2021.
Senate president Ahmad Lawan during the confirmation at the plenary restated President Muhammadu Buhari’s nomination of Bawa as EFCC chairman.
The Presidency said Bawa’s nomination was in accordance with Section 2 (3) of the Economic and Financial Crimes Commission Act 2003.
Bawa, a 40-year-old EFCC investigator, with a vast experience in the investigation and prosecution of advance fee fraud cases, official corruption, bank fraud, money laundering, and other economic crimes.
He holds a B.Sc degree in economics, and masters degree in international affairs and diplomacy.

Mr Bawa was deployed to head the commission’s operations zonal office in Lagos in August 2020 and remains in the position till date.

Prior to that time, he had headed the Capacity Development Division, EFCC Academy, Abuja from December 2019 to August 2020.

He headed the Counter-Terrorism and General Investigation/Pension Unit, of the Lagos Zonal Office from March to 2017 to May 2018.

He headed the Lagos zonal office, which without doubt, is the biggest operations zonal office of the EFCC with 604 officers working under him.

He has successfully investigated and testified in prosecution of many cases leading to convictions and recovery of looted monetary and assets across the world.

As the head of the EFCC’s investigations of Mrs Diezani Allison-Madueke from 2015 till date, his team has recovered millions of dollars worth of property in Nigeria, U.K., U.S.A, and U.A.E including 92 of such assets in Nigeria.

He also supervised the investigations of Atlantic Energy Group-from 2014 to 2015 leading to the recovery of assets in Nigeria, UK, USA, Switzerland, UAE and Canada.