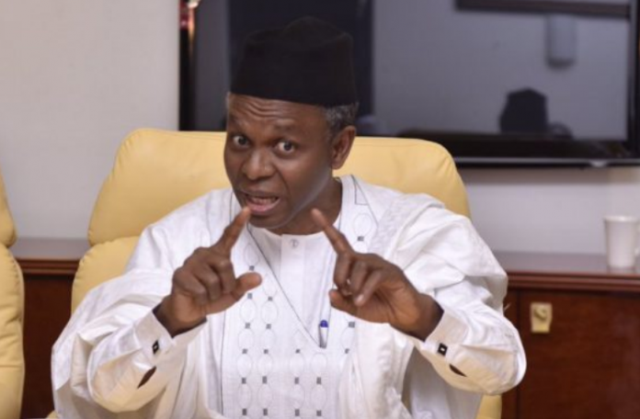 Governor Nasir El-Rufai has announced that there will be a “handsome reward” for anyone who can give information on the location of Ayuba Wabba.

El-Rufai stated this after declaring Wabba, the President of Nigeria Labour Congress, wanted.

Wabba was declared wanted for economic sabotage and attacks on public infrastructure after he led a protest against the Kaduna government on Monday.

However, El-Rufai said: “Anyone that knows where he is hiding should send a message to Ministry of Justice. There will be a handsome reward!”

The governor in another tweet on Tuesday cursed one Chidi Odinkalu who posted that Kaduna state was shut down on Monday.

“Filling stations (for petrol) are shut

“There is no electricity, no water

However, El-Rufai replied to Odinkalu’s tweet, saying “You are cursed.”