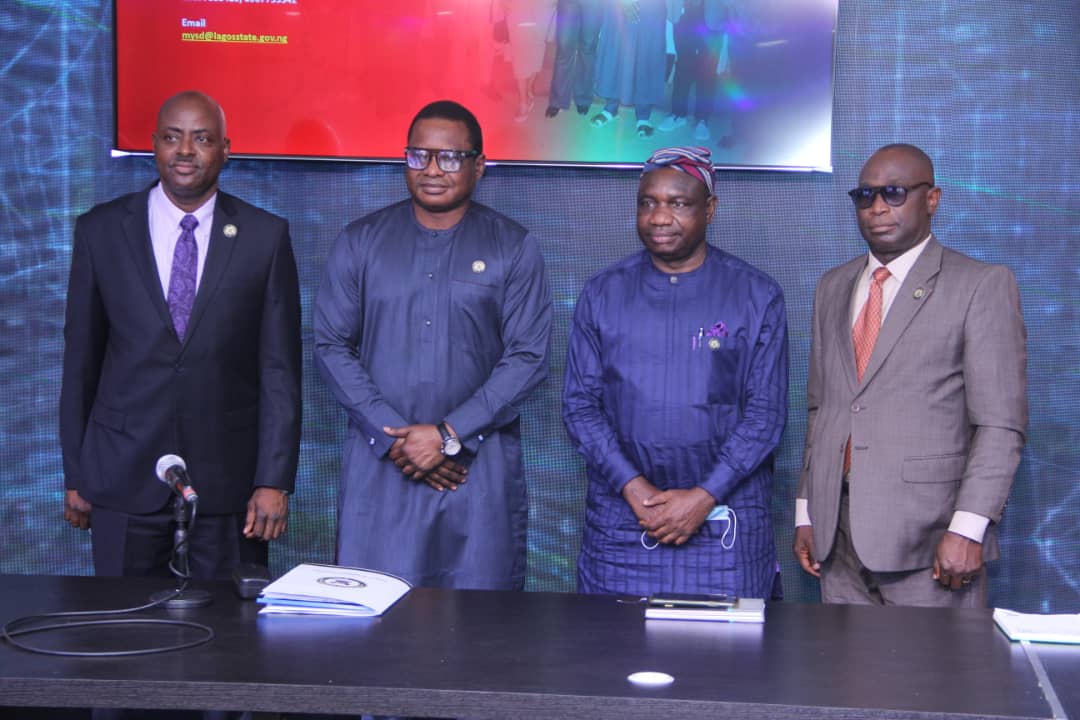 Dawodu and others at the ministerial press conference

The Lagos State Government on Tuesday said it has evacuated 3,041 beggars, lunatics and destitute from streets across the State.

Commissioner for Youth and Social Development, Olusegun Dawodu disclosed this at a ministerial press conference to mark the second year of Governor Babajide Sanwo-Olu’s administration in office.

Dawodu said out of this figures, 1,408 of them were rehabilitated and released to their families for re-integration.

He added that during a special rescue operation, 223 children were rescued from the streets of Lagos.

Dawodu said the figures represented 170 boys and 53 girls that were rescued in the state, adding that the rescued children have been restored to their families after undergoing vocational training.

In his words: “A total number of 3,041 beggars, destitute mentally challenged people and street children were rescued off the streets of Lagos.

“A total number of 1,408 rehabilitees were released to their family for re-integration. During special operation, a total of 223 street children rescued; 170 boys and 53 girls.

“The ministry carried out its restoration services through psychological, cognitive, emotional social and vocational skills and also the medical team from the ministry of health provided medication therapy management.

“The Lagos State Government has restated its commitment to addressing issues of neglect of child and ensuring proper as well as adequate maintenance in investigating cases of those who have been abused to ensure victims get justice.’’

Dawodu said the mandate of the Ministry was to create an enabling environment that promotes Youth and Social Development services that give succor to the Vulnerable, driven by highly committed and motivated personnel.

He stated that the correctional and elderly care services of the Ministry were aimed at preventing relapse, rehabilitating and integrating offenders for behavioral modifications.

The commissioner also reported that 30 female and four male were sexually abused in the last one year, while 63 men and women were physically abused.

Dawodu added that 21 missing children-11 boys and 10 girls were rescued in Lagos in the last one year.