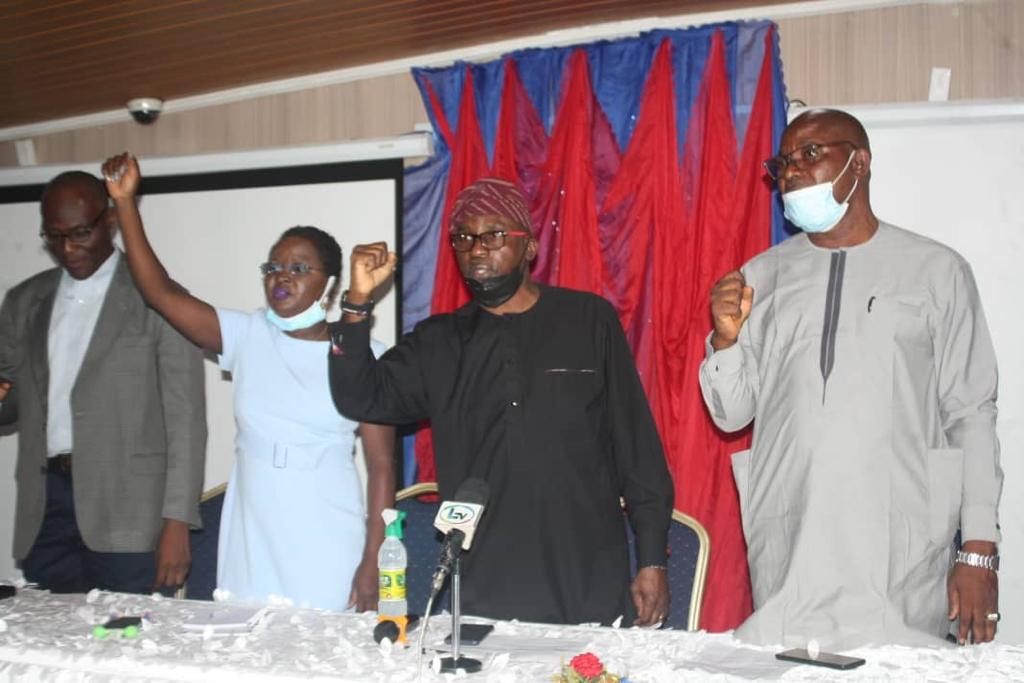 Lagos State Government on Monday pledged sustainability of the already existing cordial relationship with Labour leaders in the State.

The government assured that adequate consideration would be given to all requests from the various industrial unions in the State.

The Commissioner for Establishments, Training and Pensions, Mrs. Ajibola Ponnle gave the assurance during the opening session of the first batch of training programme organised by the Ministry for the Labour leaders in Ikeja area of the State.

According to the Commissioner, who was represented by the Permanent Secretary, Establishment and Training, Dr. Abiodun Onayele, there is the need for labour leaders in Lagos State to always follow the path of dialogue in conflict resolution as against embarking on industrial action.

He underscored the need for the labour leaders to always engage government in a round-table dialogue instead of embarking on avoidable industrial actions as being experienced in some States.

Speaking on the theme for the training,  “Strengthening Trade Union Leadership, Mitigating the challenges and fostering sustainable industrial harmony for a more  Development a more prosperous Lagos State”,  Ponnle commended the industrial harmony enjoyed under the administration of Governor Bababjide Sanwo-Olu in the last two years.

While noting that it was heartwarming that the present administration in  Lagos State has not  experienced any industrial action by labour unions, he attributed the feat to the creative thinking, innovativeness approach to union issues and management of situations by the leadership of the State.

He affirmed that “Lagos State would continue to maintain a cordial relationship with the Labour leaders, and more important, we will ensure that no request or suggestions made by the union leaders would be swept under the carpet.”

She also informed the participants that her office is determined and would continue to ensure that a leadership-relationship is sustained with the union leaders.

“Though, there may be  conflicts,  but our office would ensure we sit in a round table to iron things out. I believe at the end of the day, we would all have a stronger relationship”, she said.

Speaking, Special Adviser to the Governor on Labour and Industrial Relations, Comrade Babatunde Williams, expressed the hope that the participants would be fully equipped at the end of the 2 -day programme.

He said that other plans to ensure the Labour leaders are professionally and industrially equipped would soon be unveiled.

Speaking on the topic of the training, one of the facilitators ,Prof. Shola Fajana said, “trained, visionary and strong leaders will beneficially impact their organisations by being able to inspire the people in their organisations to enthusiastically buy into the vision crafted by the leadership, adding that a good leader should always have strong machinery in motion to ensure succession plan.”

Issues of leadership qualities, how to manage crisis, growing a successful union, team work and placing a square peg in a square hole, among others were the issues treated during the training session.