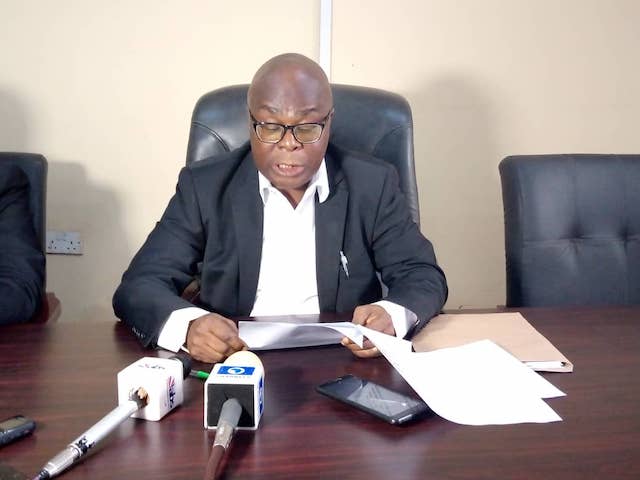 The Anambra government on Tuesday said that the deductions being made from salaries of state workers are to stabilise the capital of Ndiolu Micro Finance Bank (NMFB) Limited.

Mr Harry Udu, Head of Service, who briefed newsmen in Awka said the deductions were made after due consultation with labour unions.

Udu said it was rather unfortunate that some opposition political parties were playing politics with the matter.

“Some parties accused the government of deducting varying percentage from workers’ to recapitalise NMFB in line with the directive of Central Bank of Nigeria,” he said.

Udu said the opposition party was trying to pitch the labour against Gov. Willie Obiano who had been good to the workers in the past seven years.

He said that the board and management of the bank presented the challenge to stakeholders and leadership of the workforce, after which they agreed that deductions be made according to grade levels to facilitate the capitalisation.

The HoS said that the bank was solely owned by workers of Anambra and not the state government as insinuated by the party.

“The insinuation that the directive for the deductions for recapitalisation was made by Chief Willie Obiano is totally untrue and can only be borne out of political mischief.

“Our labour leaders, including the state NLC Chairman, have already rebutted these false politically motivated statements and allegations,” he said.

Udu said that the state was in politically charged times adding with the Nov. 6, governorship election approaching, politicians would be making issues on every minor matter.

He called on all political interest groups and parties to refrain from dragging the civil service into politics.

“The Service is there to serve any Government that is duly elected, the effort to link these deductions to Obiano is a futile one since the workers know the truth.

“It is also untrue that workers welfare is not receiving adequate attention because governor Obiano is one of the best in that regard.

“We plead with political leaders not to waste time and effort in trying to introduce acrimony between the governor and workers as the cordial relation has lasted for seven years,” he said.

At the press briefing, Udu was flanked by management team of the bank and representatives of NLC and TUC during the briefing.