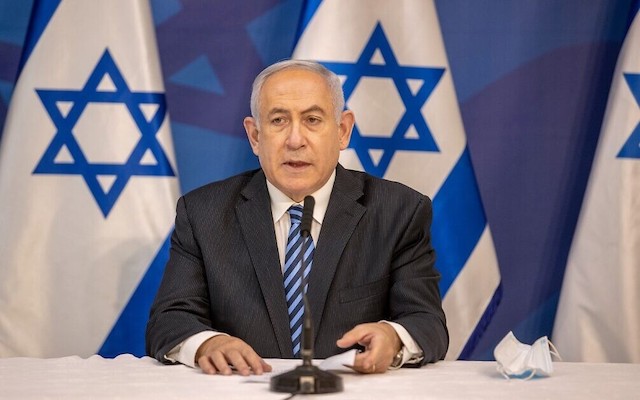 He also urged him to begin moves toward a ceasefire.

The de-escalation appeal marks a shift from Biden’s public position of support for Israel’s right to defend itself from Hamas rocket attacks.

The appeal also follows another night of Israeli bombing against targets in Gaza.

‘The president conveyed to the prime minister that he expected a significant de-escalation today on the path to a ceasefire,’ said the White House.

On Wednesday, Israeli airstrikes killed at least six people in Gaza as Netanyahu shrugged off growing international pressure for a ceasefire.

Biden’s new public stance follows earlier reports that he privately told Netanyahu that he could not shield him from criticism indefinitely.

Biden has repeatedly said Israel has the right to defend itself while rockets are fired from Gaza.

But he came face to face with the anger within his own party about Israeli aggression on Tuesday, when he was confronted by Rep. Rashida Tlaib during a visit to Detroit.

She told the president he must do more to protect Palestinian lives and human rights, reports Mail Online.

Netanyahu has so far refused to consider a truce, saying Israel was fighting to restore peace and maximise the chances that a ceasefire with Hamas would hold.