Morocco opens borders with Spain for thousands of migrants 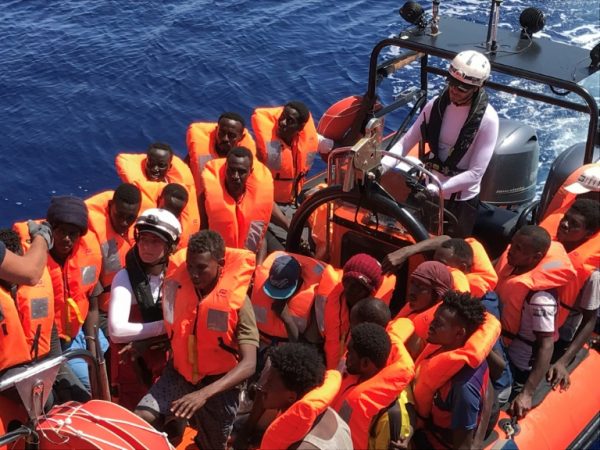 Morocco has recalled its envoy to Spain, as a diplomatic dispute escalated after thousands of migrants streamed from Morocco into Spanish territory.

The agency did not give further details.

Relations have soured between Morocco and Spain over the migrant issue and Spain’s aid to a leader of the Western Sahara secessionist movement.

Earlier this week, around 8,000 people managed to swim around the border fence to the Spanish enclave of Ceuta after Morocco suddenly suspended security controls along the Mediterranean coastline without explanation.

According to the Spanish Interior Ministry, as of Tuesday evening, at least 4,000 people had been turned back after reaching Ceuta, an event that Spain said only happened because Morocco wanted to mete out punishment for Madrid providing aid to a separatist.

From there, they only had to swim around a breakwater to get to Ceuta and by definition, the European Union.

Spanish media said the move was deliberate, as the Moroccan government is reportedly annoyed that Madrid allowed the entry of Brahim Ghali, the secretary general of the Polisario Front.

Morocco took over Western Sahara in 1975 after Spain withdrew from the region.

It claims the area as part of its territory, the Polisario Front seeks the territory’s independence.

Ghali had been treated in Spain for the Coronavirus since April.

He is seen as a war criminal by Morocco, which slammed Spain’s move to aid him as unjustifiable.