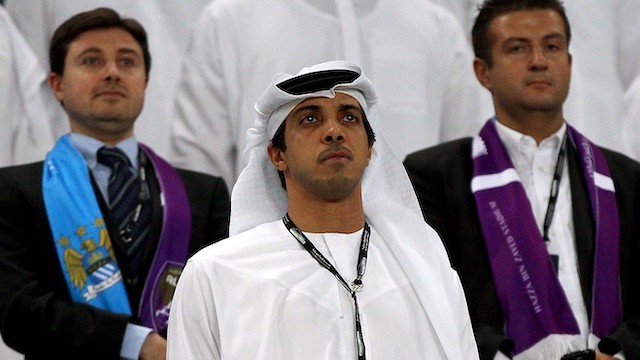 Manchester City have announced that owner Sheikh Mansour will pay for the flight and transfer costs for supporters on the official club trip to the Champions League final.

City are set to fly out to Portugal to meet Chelsea on May 29, with costs already soaring through the roof because of the extra costs of COVID-19 tests and precautions.

A recent ruling in Portugal means fans travelling from England must arrive and depart within 24 hours of the final, and the limited number of flights means tickets prices would be more expensive.

Wary that the inflated costs could make a trip to the match impossible for some fans, City confirmed on their official website that Mansour is prepared to personally pay for flights and transfers for the thousands of City fans on the club’s travel package.

“Pep Guardiola and the team have had such a remarkable season and their reaching the Champions League Final after a very challenging year represents a truly historic moment for the Club,” said Sheikh Mansour

“It is therefore incredibly important that as many fans as possible have the opportunity to attend this special game. Especially those who have supported Manchester City through good and bad times for so many years.”