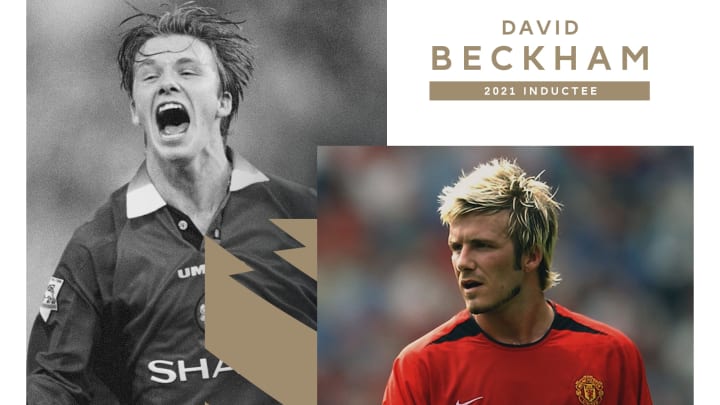 Ex-Manchester United player David Beckham has been named as the final player in the Premier League Hall of Fame class of 2021.

They were all voted over the past weeks to be awarded the highest individual honour in English football.

Beckham won six Premier League titles during his time at Old Trafford between 1992 and 2003.

He was famous globally for his signature curled free kicks, that became the title of a film, ‘Bend it Like Beckham’, inspired by Arsenal player, Ian Wright.

“It’s an honour to be inducted into the inaugural Premier League Hall of Fame alongside these legends of the game and league,” Beckham told premierleague.com.

“The Premier League was such an important part of my career and life and I’m delighted to be recognised alongside these icons who I played with, competed with, and looked up to.

Beckham managed 265 league appearances for United across his 11 years at Old Trafford, chipping in with 62 goals and 80 assists.

The Premier League Hall of Fame recognises players who have demonstrated an exceptional record of on-pitch success and have made important contributions in the division since its creation in 1992.

Driven and industrious, a player who honed his ball-striking ability to see set-pieces and crosses bend majestically