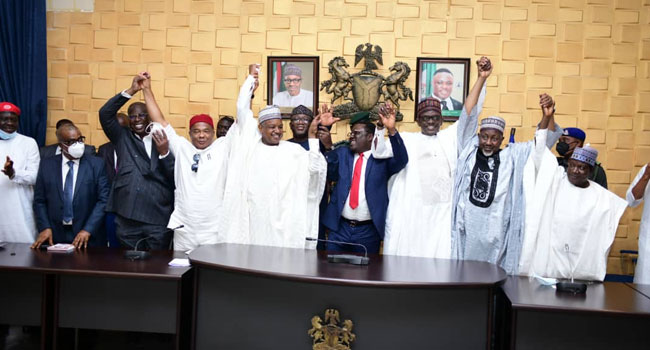 Gov. Ben Ayade of Cross River has dumped the People’s Democratic Party (PDP) for the ruling All Progressives Congress (APC).

Ayade announced his decision on Thursday morning in a meeting with six APC governors who visited him at the Government House.

According to him, “Cross River needs to connect with the centre.”

Others are Atiku Bagudu of Kebbi state, Simon Lalong of Plateau state and Mohammed Badaru Abubakar of Jigawa state.

The governors arrived in Calabar on Wednesday evening to poach the 53 year-old governor, who is in the midterm of his second tenure.

He hails from Kakum in Obudu LGA of the state.

He becomes the second PDP governor to leave the party, after Dave Umahi of Ebonyi, who jumped ship on 17 November 2020.

The APC has said it expects more PDP governors to switch to its side.

The next governor being expected is Bello Matawalle of Zamfara state.