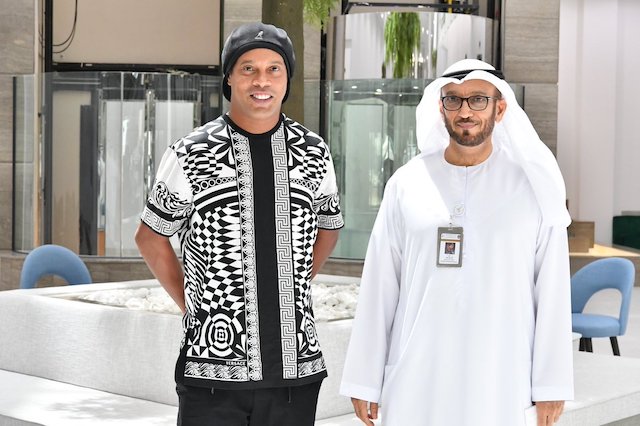 Ronaldinho in UAE for the Golden Visa

Football legend Ronaldinho is the latest star to receive the UAE’s golden visa, a 10 year visa that is bestowed on the top talent the world has to offer.

The visa was granted by the General Directorate of Residency and Foreigner Affairs (GDRFA) on Tuesday.

As a player, the Brazilian won the 2002 World Cup playing for Brazil and twice was declared FIFA World Player of the Year