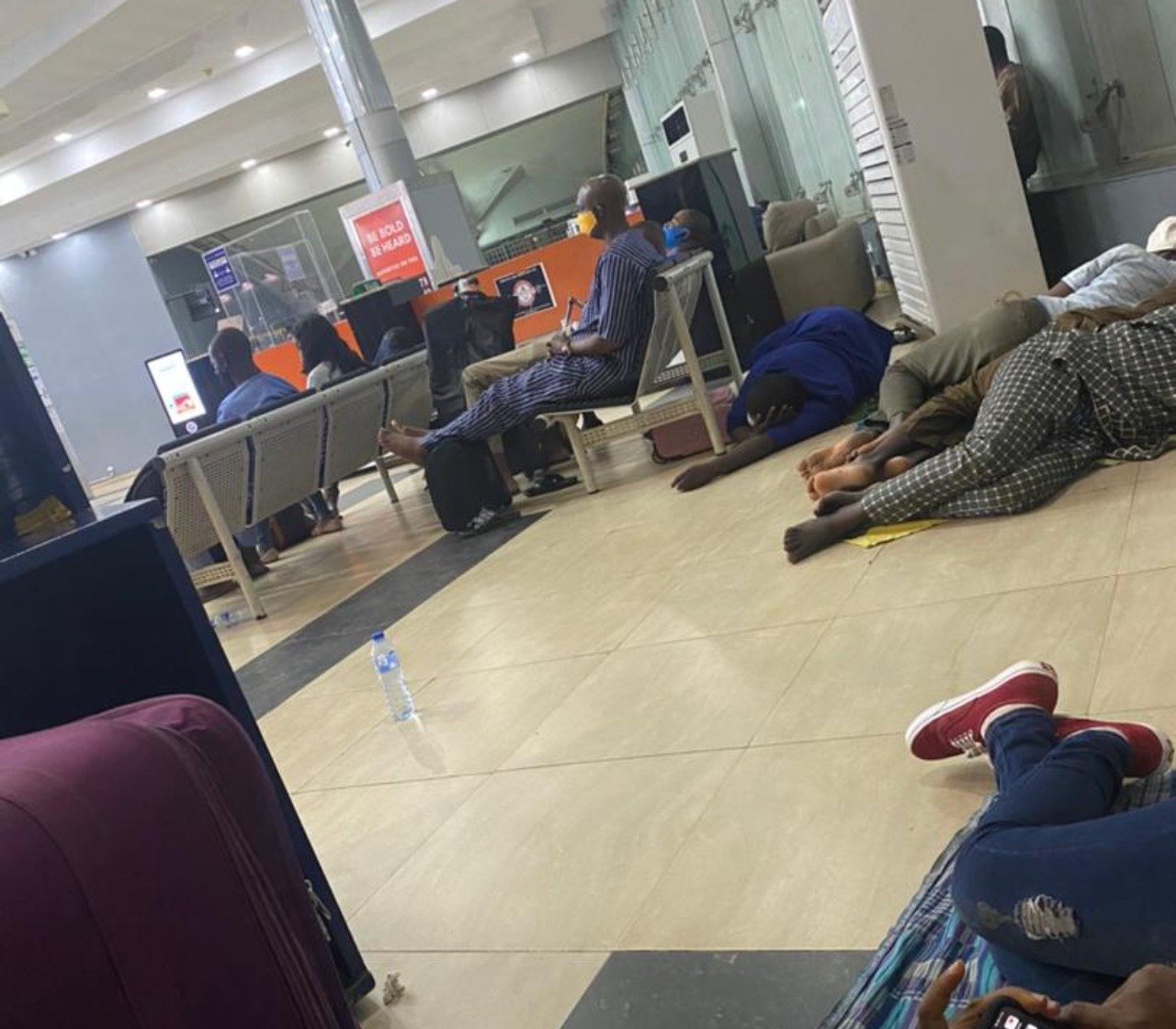 FILE PHOTO: Air Peace passengers at the Arrival Hall of the MM1 wing of the Lagos airport on Thursday night.

Air Peace passengers were on Thursday night left to spend the night at the Arrival Hall of the MM1 wing of the Lagos airport.

The P4 7125 flight from Abuja initially scheduled for 9:00p.m., which was delayed for about two hours took off at about 11:00 pm and landed minutes after 12 midnight despite the nationwide curfew.

The federal government had on May 10, 2021, announced another phase of restriction to curtail the spread of the COVID-19 pandemic.

The National Incident Manager, Mukhtar Mohammed, said a ban had been placed on human and vehicular movement from 12:00a.m. to 4:00a.m, except those on essential services.

Air Peace customers condemned the treatment by the company and wondered why the airline didn’t consider the effect of the curfew.

“I am appalled, enraged! How do you fly people one hour to the start of restriction time. It would have been okay if we took off at 10:00p.m.

“We’re not among the categories exempted from the curfew – health workers, security operatives, journalists. I’m sure regardless of the time, Air Peace staff would make it home or to hotels.

“Sadly, there was no empathy for us who keep them in business, considering that we arrived when most people would not be able to get to their destinations in good time.

“They didn’t even give us snacks and by the time we arrived, the eateries had closed. It is very annoying,” the businessman bemoaned.

The incessant rescheduling of flights by air transport providers is fast becoming a norm in Nigeria with several harrowing experiences, including travellers waiting several hours to board and/or missing appointments, among others.

At the time of filing this report, attempts to engage Air Peace management over the midnight experience failed as none was available to comment.