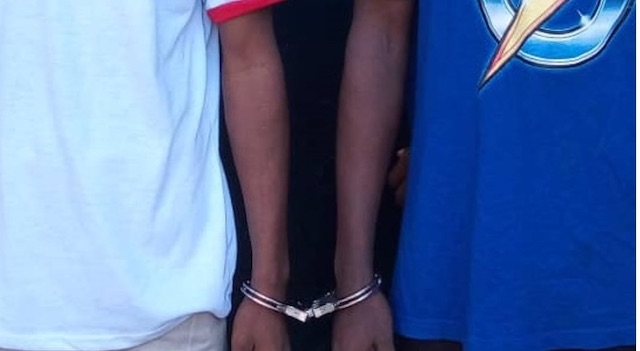 Ghanaian police said they had detained 21 people they suspected of promoting an LGBT+ agenda at an unlawful assembly in the southeastern city of Ho.

LGBT+ people face widespread persecution in Ghana where gay sex is punishable with up to three years imprisonment.

The 16 women and five men were arrested on Thursday at a hotel for nurses and midwives, the police statement said on Friday.

The police alleged that the arrested activists had gathered to advocate LGBT+ activities with books and flyers with titles including, “Coming out” and “All about Trans.”

The detainees will appear before a court on June 4.

Rights organisation Rightify Ghana said the group had met to share insight on how to document and report human rights violations being experienced by LGBT+ Ghanaians.

“The press teamed up with the police to storm the meeting location, started taking images, took their belongings and arrested them,” it said in a post on Twitter.

“We are calling on the Ghana Police Service to #ReleaseThe21,” it said.

Ghana has not prosecuted anyone for same-sex relations in years, but LGBT+ people face frequent abuse and discrimination, including blackmail and attacks, human rights researchers say.