Akeredolu to Igboho, others: You're on your own 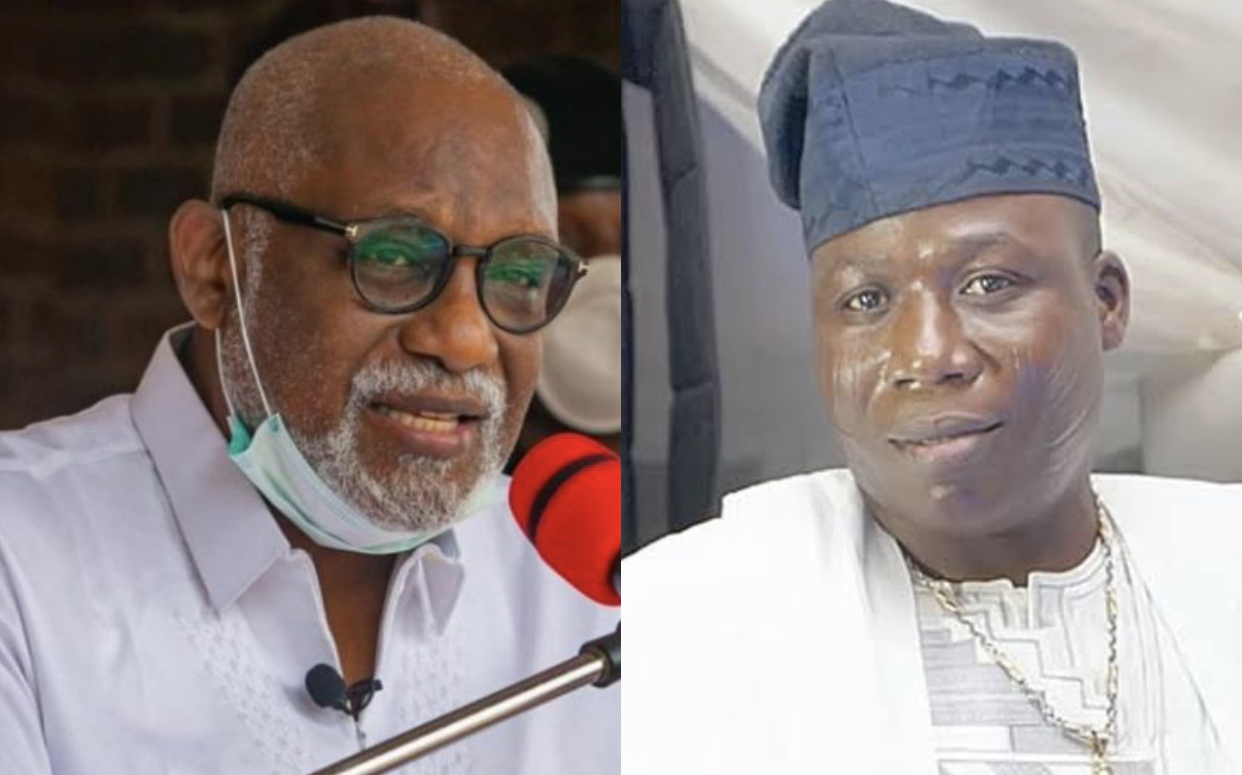 The governor also said he does not believe in any entity aside from the united Nigerian State.

He spoke for the second time on the issue after self-acclaimed Yoruba activist, Sunday Adeyemo also known as Sunday Igboho said Akeredolu, who is the Chairman of the South-West Governors’ Forum, was supporting the movement of Yoruba Nation.

Igboho at a rally in Akure on Saturday had said, “The governor is aware of these things we are doing, we have his support. We are no more under the Fulani. All we want is Yoruba Nation.”

However, Akeredolu in a statement signed by his Chief Press Secretary, Richard Olatunde, on Sunday, said Igboho and other secessionist agitators were on their own.

The governor in the statement titled, ‘Yoruba Nation Agitators On Their Own – Akeredolu’, said he acknowledges the right of individuals and groups to hold peaceful rallies which is not in breach of the extant laws of the Nation.

“It has come to the knowledge of the Ondo State Governor, Arakunrin Oluwarotimi Akeredolu, SAN, that some group of persons who held a rally under the cover of what they term ‘secessionist agitations’ in Akure, on Saturday, May 22, 2021, erroneously claimed to have had his support for the rally.

“Governor Akeredolu wishes to state clearly that while he acknowledges the right of individuals and groups to hold peaceful rallies, it must not be misconstrued to mean support for secessionist agenda and or balkanization of the nation. Far from it.

“Unequivocally, the Governor’s opinion on the Akure rally or any other of its ilk, is only to the effect that he is not opposed to any civil protest which is not in breach of the extant laws of the Nation.

“He neither believes nor supports the quest for the Yoruba Nation outside of Nigeria in the manner canvassed. Governor Akeredolu stands by a virile, united, and indivisible Nigeria as demanded by the Southern Governors’ Forum.

“Therefore, the vigour, zeal, leadership and candour displayed by Governor Akeredolu for a just and fair Nigeria is altruistic, and borne out of patriotism for the Nation as well as love for his people, the Yoruba ethnic nationality.

“It is important, therefore, to state without any equivocation that the Yoruba Nation secessionist promoters do not enjoy any lending hand in Governor Akeredolu.”