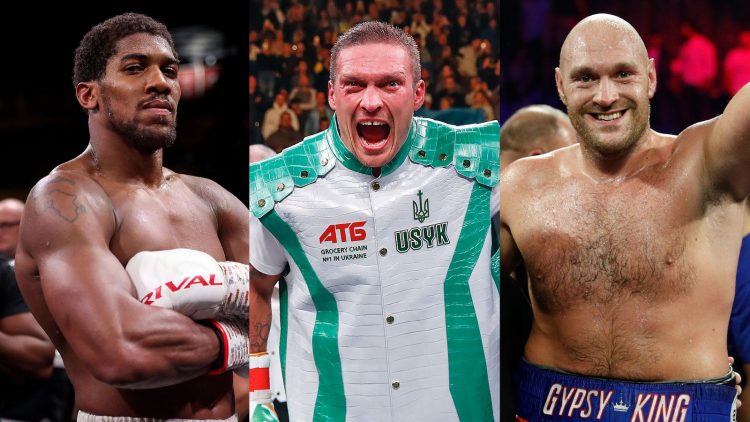 The World Boxing Organization (WBO) has ordered Anthony Joshua to defend his championship against mandatory challenger Oleksandr Usyk in his next fight.

The order came after Joshua’s proposed undisputed title showdown with Tyson Fury in Saudi Arabia fell apart this week. It puts Usyk as next in line for a shot at Joshua’s belt.

Joshua holds the IBF, WBA and WBO belts but his plan to meet WBC ruler Fury on August 14 was scuppered by an arbitration court, ruling that Fury must fight Deontay Wilder for a third time before September 15.

Usyk, the undefeated Ukrainian who has beaten Tony Bellew and Derek Chisora and formerly held the undisputed cruiserweight title, is now set to challenge Joshua.

Tyson Fury on the other hand has signed for a third world heavyweight title fight in Las Vegas on July 24 against Deontay Wilder.

Fury had stopped Wilder in the seventh round to claim the WBC belt last February, but the Alabama man activated a clause for a return bout and they will resume their heated rivalry this summer.