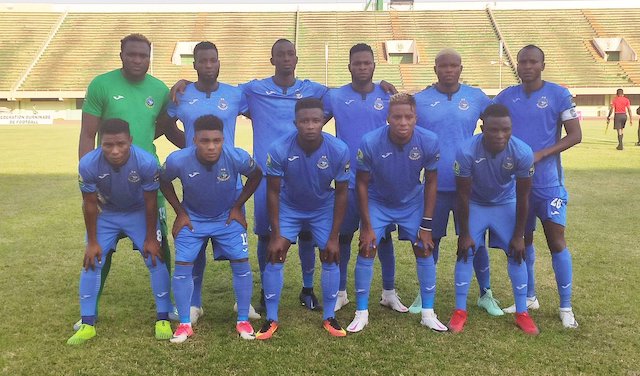 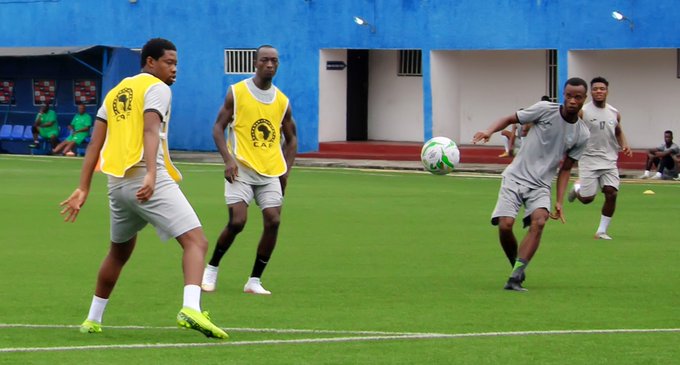 Nigerian clubside Enyimba are planning to stage one of football miracles, by erasing a three goal deficit, in their second leg quarter-final against the Pyramids of Egypt.

He said the club can reach the CAF Confederation Cup semi-finals despite needing to overcome the deficit on Sunday when they host Pyramids in Aba.

“This tie is not over,” Osho told reporters. “Some shocking defending, tiredness and a lack of concentration cost us dearly in Cairo.

“We were not three goals worse than our opponents,” he added.

“We had our game plan and going into the game they stuck to it. We saw a lot of promises in the first half… The second half we lost it when we started noticing a lot of tiredness. They started playing out of shape and exposed exposed themselves a lot.

“We have to let them (the players) know that it’s not over yet. We have to play and score and not concede; if we can do that we have a hope. A situation where we can score one or two goals, that brings hope and we have to work on their pysche”, Osho said.

Enyimba have won all four home matches in the Confederation Cup, but each victory has been by a one-goal margin with the team from southeastern city Aba averaging only 1.5 goals per match.

Captain Augustine Oladapo, Victor Mbaoma and Cyril Olisema have claimed seven of the eight goals Enyimba notched in the African equivalent of the UEFA Europa League, so much will hinge on their performances.

Pyramids have their sights on the semi-finals and a probable meeting with Raja, who beat the expensively assembled Cairo club twice in the group stage.

The other quarter final ties are as follows:

Although the odds have tilted toward a Moroccan victory after they forced a 1-1 draw in South Africa, Pirates’ coach Josef Zinnbauer is upbeat despite his side failing to score in their last three away games.

“We respect Raja because they are one of the most successful clubs in Africa, but we travelled to Casablanca without fear. Ben Malango is a dangerous forward and needs to be constantly policed.”

Jaraaf and Coton, who take a 1-0 lead to Thies near Dakar, represent countries desperate for African club glory.

No Senegalese club has lifted a African trophy with Jeanne d’Arc coming closest by reaching the 1998 final of the now-defunct CAF Cup.

Cameroon last celebrated success 40 years ago when Union Douala lifted the African Cup Winners Cup, another competition that was discontinued after the 2003 final.

This north African showdown has taken a surprise turn with Kabylie building a 1-0 advantage in Tunisia over record three-time Confederation Cup title-holders Sfaxien.

Kabylie boast an unbeaten home record in Africa this season, winning four matches and drawing one, and are expected to progress given they need only draw to do so