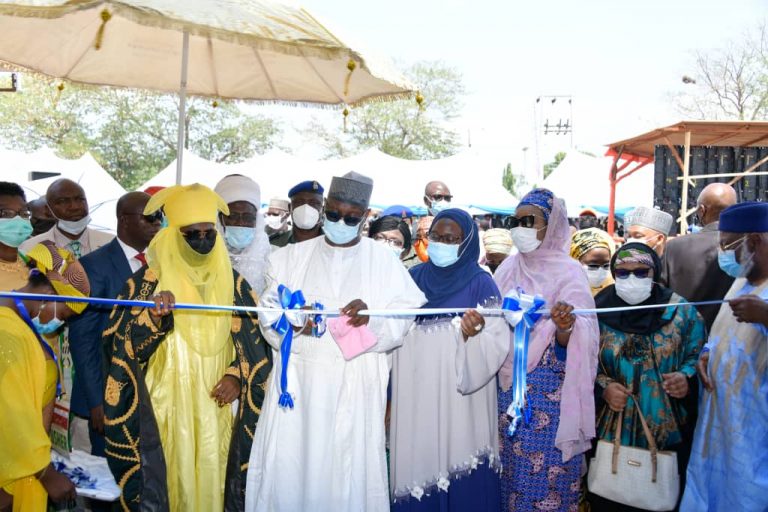 Niger State Governor, Abubakar Sani-Bello has inaugurated a women health centre in Kontagora to contribute to the development of the health sector.

The modern and well-equiped edifice is initiated by the wife of the governor, Dr Amina Sani-Bello, through her Raise Foundation, with the support from Mainstream Foundation’s Corporate Social Responsibility (CSR) projects.

A statement by Mrs Mary Noel-Berje, spokesperson to the governor, stated that the centre would provide health care services to women affected by Vesico Vegina Fistula (VVF).

Also, women who were previously diagnosed with VVF will be taught few skills before reintegrating them into their communities.

At the occasion, the governor said that the establishment of the centre would complement the state government’s effort at providing qualitative healthcare to residents, calling for more of such support from other private bodies.

He urged pregnant women to always go for antenatal and ensure they go to clinic or hospital for childbirth in order to reduce the burden of VVF in the State.

“We pray that soon we will use this centre as a general health facility because we are hoping that with proper sensitisation, especially of women in rural areas, they will go to either the primary healthcare or hospital to give birth,” he said.

According to him, the project and other similar projects have the support of the state government.

Amina, who explained that the project started in 2019 and was completed in November 2020, said it was borne out of her dedication to indigent women affected by VVF.

She said that the centre has so far treated 34 patients and a 20-bed patients hostel has been provided to help the patients recuperate.

The hostel is also providing patients empowerment skills and prepare them psychologically, emotionally as well as financially to continue with their lives.

Executive Secretary, Mainstream Foundation, Alhaji Siraj Abdullahi, said some of their CSR is in the areas of education, health, environment among others, adding that their interventions are in all their host communities.

Former Nigeria Head of State, retire Gen. Abubakar Abdulsalami and retired Col. Sani Bello, who is the Chairman, Mainstream Energy Solutions Limited, were the special guests at the event.

Wives of the Northern Governors Forum, represented by Dr Zainab Shinkafi-Bagudu, representative of the Nigeria Medical Association, Niger State House of Assembly, Federal Ministry of Health, Medical Women Association of Nigeria were among the groups and institutions at the event.