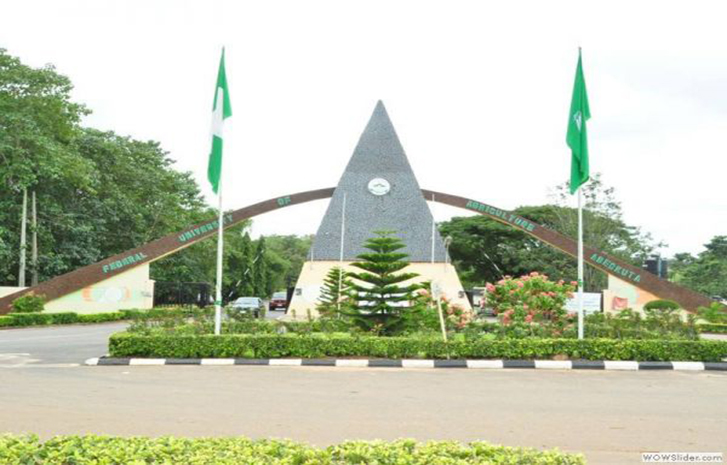 A 400-level student of Aquaculture and Fisheries Management of the Federal University of Agriculture Abeokuta (FUNAAB), Olayinka Toyinbo, has been kidnapped by suspected gunmen in Odeda, Ogun.

This is contained in a statement issued by the Head, Directorate of Public Relations of FUNAAB, Mr. Kola Adepoju, on Sunday in Abeokuta.

The student was reportedly abducted in a private farm in Abule Itoko, Odeda Local Government Area, about 25 minutes drive from the institution, around 8 am. on Saturday.

A friend of the abducted student, who claimed to have witnessed the scene, said Toyinbo was kidnapped by the gunmen at the private farm, where he had been living and working as a practising livestock farmer for the past three years.

He said that the kidnap victim undertook the job to sustain himself as a self-sponsored indigent student of the university.

Adepoju said that the institution’s management had reported the abduction at the state police headquarters while working with the command to ensure the safety and release of the kidnapped student.

Other sources, however, said that two other persons also reportedly kidnapped alongside the student were the owner of the farm and a 17-year-old Togolese lady.

It was further gathered that the kidnappers had already established contact with the wife of the farmer, demanding for N50 million ransom from each of their victims.

However, the Police Public Relations Officer (PPRO), DSP Abimbola Oyeyemi said that he was not yet aware of the incident.