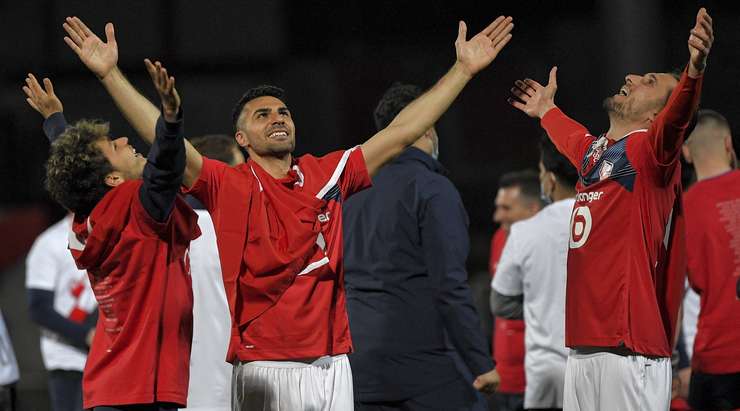 Lille won the French Ligue 1 title on Sunday after defeating Angers 2-1 away from home, thus dethroning PSG which also won their game.

Renato Sanches played a pass to the feet of Jonathan David, and he shot into the bottom left corner from inside the box.

Lille were 2-0 up on first half added time from the spot.

It was a great strike from the spot by Burak Yilmaz low into the right of the net, giving goalkeeper Paul Bernardoni no chance.

Angers reduced the tally to 2-1 on added time, a goal scored by Angelo Fulgini, as he did well to meet a cross inside the box and struck a perfect header low inside the right post.