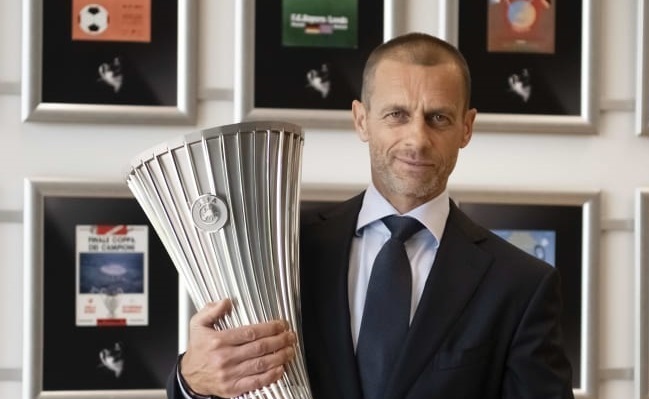 UEFA have revealed the all-new trophy that teams across Europe will battle for in the Europa Conference League.

The ECL has been introduced in an attempt to give more teams across Europe the chance to compete for continental silverware, with the winner also earning a spot in the Europa League the following season.

After qualification for the Europa, the winner of the ECL will also take home the all-new trophy, which has been designed to reflect the energy of the competition itself.

UEFA see the ECL as ‘more curved and fluid in form’ because of the unpredictable nature of the competitors, and that has been reflected in the curved spines on the trophy, of which there are 32 – one for each side in the group stage.

“We want to make our competitions more inclusive – to give clubs and fans the chance to dream and compete for European honours,” said UEFA President Aleksander Čeferin.

“This is why we created the UEFA Europa Conference League. We have 55 national associations who make up UEFA, and it is important to give clubs from as many federations as possible, the chance to prolong their European campaigns for as long as possible.”

In total, 184 teams will compete for the trophy, including at least one from each of the 55 member associations of UEFA.