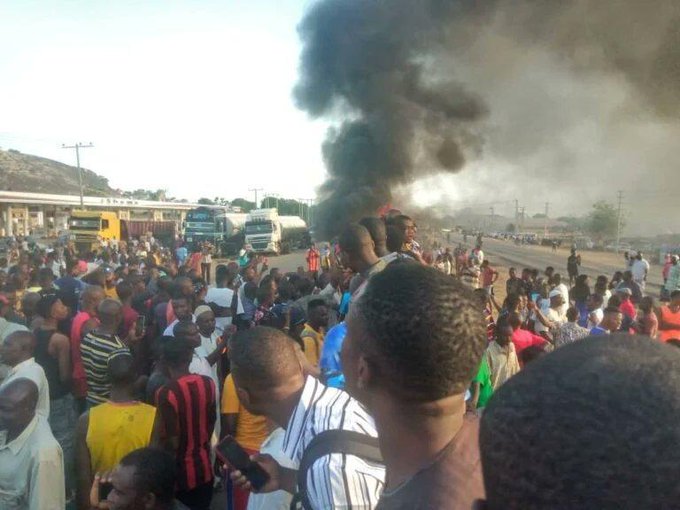 Youths, protesting against incessant attacks by bandits and kidnappers on their communities, have blocked vehicular movements at the Suleja, Niger State end of the popularly Abuja-Kaduna Expressway.

Their anger was reported to have been fuelled by the early Monday fresh attack in the area during which at least 12 persons were abducted in Gauraka town.

A similar attack was recorded last week in Kwakwashi community where one person was killed and 13 residents were kidnapped.

However, security personnel has been mobilized to the Abuja-Kaduna Expressway to avoid the breakdown of law and order.