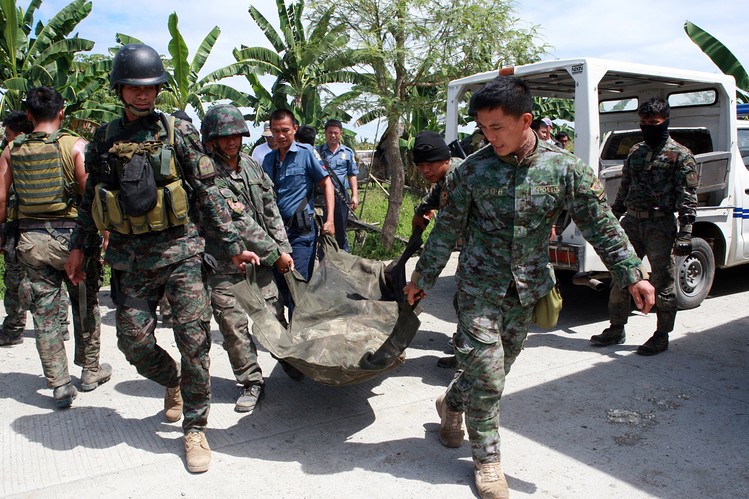 Philippines military carry the dead as army and rebels clash

The military said the firefight erupted around 5.30 a.m. local time on Tuesday when troops clashed with at least 11 New People’s Army (NPA) members on the outskirt of Bilar town.

A soldier was wounded, the military added.

Philippine President Rodrigo Duterte restarted the talks to end the decades-old insurgency when he came to power in 2016, but the negotiations faltered.

The NPA rebels have been fighting the government since 1969.

They concentrate their attacks in rural areas and small-scale skirmished with the military.